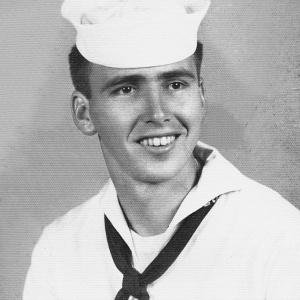 Robert “Bob” Alexander Blais, a great man of faith, after a long battle with Parkinson’s Disease, died peacefully at Passages Hospice, following an unexpected stroke, on November the 1st, 2020 in New Orleans, LA at the age of 81.

Bob was born on December 17th, 1938 in New Orleans, LA to Achille George Blais and Helene Perovich Blais. He attended St. Aloysius high school and was a member of the Class of 1959 playing center on the basketball team throughout his time there. He served his country from 1959 to 1962 in the Navy and specialized in aviation electronics. He graduated from Beauty Careers in 1964 with a degree in Cosmetology. He married Jean, the love of his life in 1965. After starting his career as a hair stylist, he and his brother Edwin opened their own hair salon Blais Coiffeurs later named Blais Supercutters in 1973. The business remained in operation for 25 years. Bob and Edwin, both active members in their church, used the business as an opportunity to live out their Christianity, and frequently shared their faith with their clients. Over 55 years, Bob and Jean welcomed five children into their home, and the couple made sure to instill their faith in them. His children remember him as a kind, gentle, patient man of faith who always supported them, and encouraged them to pursue their dreams.  He was a self-proclaimed foodie and one of his favorite past times was cooking, sharing recipes with his clients, friends and family. He never met a dessert he didn’t like.

Bob was a genuine Christian, who loved sharing the Gospel of Christ whenever and wherever he could. He always carried pamphlets or tracts that outlined how a person could be saved through faith in Jesus and would hand them out wherever he went. He had a great sense of humor and loved making people laugh. He was an active and dedicated member of Faithful Word Assembly where his Pastor, Rusty Tardo, appointed him as Board Member an Elder of the church serving over 35 years. Bob would often volunteer, and occasionally Pastor Tardo would ask him to deliver a sermon for Sunday service, his greatest joy. His was able to share his love for Christ while serving as a Board Member for the New Orleans Mission for several years.

A Memorial Service in celebration of his life is scheduled for 11am on Saturday November the 7th at Faithful Word Assembly 1401 Joe Yenni Blvd, Kenner LA, 70065, with visitation at 10am and reception to follow. Pastor Tardo will officiate the ceremony. All are welcome to attend and celebrate Bob’s graduation to Glory. The family would like to thank the staff of Passages Hospice for their care and compassion during his stay there.

To send flowers to the family or plant a tree in memory of Robert "Bob" Alexander Blais, please visit our floral store.