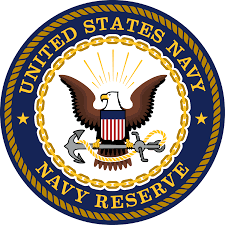 With heaviness in my heart, I am sad to say that Lloyd “Commish” Joseph Aucoin, Jr. left my side for the last time at 10: 15 p.m. on Thursday, October 8, 2020, just 20 days short of his 74th birthday. He was surrounded by his wife and his dearly beloved pets, Wizard, Ron, Hank, and Jasmine. Lloyd is predeceased by his parents, Rita Claire Robert, and Lloyd Joseph Aucoin, Sr. He is survived by his wife Patricia Mackbee Aucoin (together for 46 years), his brothers Claude Richard and Keith Raymond (Yodoine), his sister Jerilyn Marie and his son Steven David (Angela). Step-father to Sharon Theresa Pender (Michael), and David Carey Workman (Michelle). He leaves behind his beloved grandchildren Jessica Sara Regula (Justin), Jacob Carey Pender (Casey), Joshua Blake Pender, Rebecca Rose McIntosh, Emily Elizabeth Workman, Spencer Carey Workman, and Madison Paige Aucoin, one great-grandson Nathan Tyler Guidry, and soon to arrive great-granddaughter Juliette Saylor Regula. Lloyd was the “Commissioner” of a Fantasy Football League for nearly 40 years. He will sadly admit that his wife’s team beat him in a Fantasy Bowl one season. He served in the Naval Reserves working on airplane engines. They better have fixed those engines correctly because they later flew on them. During his career he worked in finance and the steamship industry. His favorite experience in the steamship industry was meeting people from all over the world. He was a devoted Saints and LSU fan. During the football season he was constantly hollering at the TV “throw the ball” and “tackle the man”. Lloyd loved walking Ron around the neighborhood three times a day making friends along the way. He was active in our HOA, serving on the Architectural Review Committee. Lloyd never met a stranger and frequently struck up a conversation while standing in a line at a store. Lloyd was dearly loved and will be missed by all who knew him but none more than his wife. The last gift he gave his wife was a wall placard that reads, “I love you to the moon and back.” Well my love, I love you more.

To send flowers to the family or plant a tree in memory of Lloyd "Commish" Joseph Aucoin, Jr., please visit our floral store.

You can still show your support by sending flowers directly to the family, or by planting a memorial tree in the memory of Lloyd "Commish" Joseph Aucoin, Jr.
Share a memory
© 2021 Bagnell & Son Funeral Home. All Rights Reserved. Funeral Home website by CFS & TA | Terms of Use | Privacy Policy