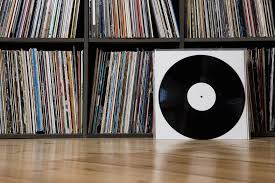 Keith chose a career in engineering after being told that the only thing he could do with a math degree was teach, which he thought he wouldn't enjoy. He worked as an engineer at Sikorsky Aircraft for over two decades, during which time he discovered that teaching was actually a passion in his life. He transitioned to a career in education as a professor at the Rochester Institute of Technology in 2000. As a testament to his passion for teaching and the impact he had on his students, Keith was awarded the Eisenhart Award for Outstanding Teaching in 2007.

Keith had a deep love for music, collecting vinyl records and pursuing autographs from artists. Although the exact number is unknown, his family estimates that his collection contains about 3,000 albums.

Keith was always thinking of others and had an uncanny ability to put a smile on your face.

Keith is survived by his fiancée Mary Lou Strong and his three children Ashley, Kelsey, and Kyle. He loved his children with his whole heart and often said they were his greatest accomplishment.

In lieu of flowers, his family is requesting a donation in his honor to the Alzheimer's Association.

To send flowers to the family or plant a tree in memory of Keith John Whittington, please visit our floral store.

You can still show your support by sending flowers directly to the family, or by planting a memorial tree in the memory of Keith John Whittington
Share a memory
© 2020 Bagnell & Son Funeral Home. All Rights Reserved. Funeral Home website by CFS & TA