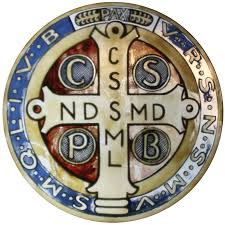 Father Michael Jung, a monk of Saint Joseph Abbey, died at Saint Benedict, LA, on the evening of May 29th. He was 84 years old.

Harold Jung was born on November 30, 1935, in Bogalusa, LA. His father was Harold Jung, Sr. and his mother was Elizabeth Whelan Jung. He had three siblings, Patricia Jung Bourg, Michael Jung, and Teresa Jung.

After grammar school, he attended high school and junior college at Saint Joseph Seminary, and, after graduating, entered the novitiate of Saint Joseph Abbey. He made first monastic profession in 1957, receiving the name Michael. He studied philosophy and theology at Notre Dame Seminary in New Orleans, earning a B.A. in philosophy, and he earned a B.S. in education from Loyola University New Orleans. He was ordained a priest in 1963. He studied mathematics at Louisiana State University in Baton Rouge and, later, earned a master's in philosophy from Fordham University in New York.

Fr. Michael was Dean of Students and Vice-Rector of Saint Joseph Seminary College, where he also taught philosophy to generations of students. Having grown up in a lumber mill town, he had an affinity for the woods, and he served for many years as manager of the Abbey forest. He was also a proficient carpenter and cabinet-maker, and items he crafted in the monastery carpenter's shop are still in use today.

For several years he served as pastor of Saint Peter Church in Covington, then served as an associate pastor at Saint Cecilia Church in Clearwater, FL. During this time, he underwent training in Clinical Pastoral Education and became a certified hospital chaplain. He then served as Catholic chaplain at the Baton Rouge General Hospital; concurrently, he was in residence at Saint Clement Church in Plaquemine and Saint Jean Vianney and Saint Agnes Churches in Baton Rouge.

Upon returning to the monastery, he devoted himself to his beloved rose garden. He was also constantly available as a confessor for retreatants in the Abbey Retreat Center.

During April and early May of this year, he developed a respiratory infection, which settled in his throat, paralyzing his vocal cords and making swallowing difficult. After a brief stay in St. Tammany Parish Hospital, he returned to the monastery, where he died three days before the 57th anniversary of his ordination.

To send flowers to the family or plant a tree in memory of Father Michael Jung, please visit our floral store.

You can still show your support by sending flowers directly to the family, or by planting a memorial tree in the memory of Father Michael Jung
Share a memory
© 2020 Bagnell & Son Funeral Home. All Rights Reserved. Funeral Home website by CFS & TA