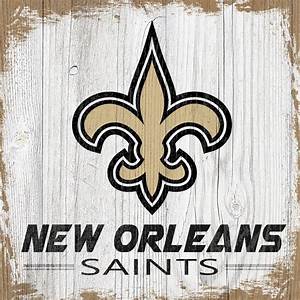 Derland Paul Moore, 68, of Mandeville, Louisiana, died September 24, 2020 at his residence with a battle with cancer.

Moore spent 14 years playing in the NFL, all but one with the New Orleans Saints, after earning All-American honors playing at the University of Oklahoma.

He is member of the Saints Hall of Fame, the Sports Hall of Fame in Missouri and Poplar Bluff, where the field he played on is named in his honor.

A 1969 graduate of Poplar Bluff High School, Moore played on the Mules undefeated team his sophomore year and was named second-team all-conference as a senior offensive lineman.

His school record in the shot put set in 1968 of 59-feet, 11.75-inches still stands and he finished second at state as a senior. Throwing at the AAU Junior Olympics in Norman, Oklahoma, Moore set a record and caught the attention of the Sooners track coach, J.D. Martin, earning a track scholarship and walked on the OU football team.

At OU, Moore earned All-American football honors in 1972 and was All Big Eight as a junior and senior. He started every game at defensive tackle wearing No. 97 for the Sooners, who were 29-6-1 and ended the 1971 and ’72 seasons ranked No. 2 after winning the Sugar Bowl. He was named National Lineman of the Week after a 27-0 win over No. 10 Texas in which he blocked a punt leading to a touchdown, had 10 tackles and scored on a fumble in the end zone.

He won the “Gomer Jones Award” as outstanding college lineman in Oklahoma in 1972, played in the Coaches All-American Game and College All-Star Game in 1973.

The Saints drafted Moore 29th overall in the second round. He started 146 games and his 170 games played over 13 seasons ranks eighth-most in franchise history. He led the team in sacks in 1980 and was selected to the Pro Bowl in 1983. He capped off his NFL career in the 1986 AFC play-offs with the New York Jets.

He won the NFL Arm Wrestling Championship in 1983 and ’84 and was the Miller Lite Saints Man of the Year in ’83. He was also presented with the Ed Block Courage Award in 1985, voted on by his teammates for being a role model of inspiration, sportsmanship, and courage.

On Nov. 4, 1984 he was honored with Derland Moore Day in New Orleans. He was also selected as part of the Saints 40th and 50th all-time anniversary teams.

Since 2011, the best defensive high school player in Southeast Missouri is given the Derland Moore Award. The Poplar Bluff High School football team also has a Derland Moore Award presented to a player exemplifying a dedication to the game through perseverance, personal sacrifice and hard work.

On January 27, 1978 in Napoleonville, La. he married Frannie LeBlanc.


A private Mass of Christian Burial will be held at Our Lady of the Lake Catholic Church October 3, 2020 in Mandeville, La. at 11am. Burial of his cremains will follow at St. Joseph’s Abbey

In lieu of flowers, donations may be made to the United Way of Southeast Louisiana and St. Joseph’s Abbey.

To send flowers to the family or plant a tree in memory of Derland Paul Moore, please visit our floral store.