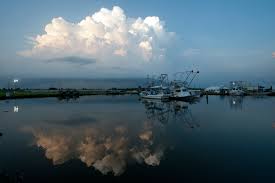 Anthony Francis Danos, “Tony”, a long-time resident of Belle Chasse, Louisiana, joined his wife in eternal companionship on Sunday morning, September 6, 2020, at the age of 76. Despite numerous chronic and acute health conditions, Tony’s perseverance to live each day to the fullest and by his own rules was evident until his final hours. He is preceded in death by his wife of fifty-four years, Nora (Robin) Danos. Tony is survived by his children Jeff Danos (Theresa) and Debbie Sisung (Cole), and his five grandsons: Adam Danos, Jack Danos, Rafe Danos, Eli Sisung and Luke Sisung. He was preceded in death by his sister, Janet Farizo (Joe), and his brother, Johnny Danos (Joann-deceased, Teresa). He is survived by his siblings: Melva Barcelona (Sal-deceased), Paul Danos (Mary Ellen), and Barbara Artigue (Jerry), as well as numerous loving relatives from near and far.

Tony was a graduate of the West Jefferson High School Class of 1962. He earned a B.S in Accounting from the University of New Orleans. He began his career as an accountant for Shell Oil Company, but soon realized that he wanted to be his own boss. His entrepreneurial talents led him to establish Danos Nursery on the Westbank of New Orleans, where his horticultural knowledge was respected and valued by countless homeowners throughout the community for many years. In the 1980’s, Tony left the retail business for wholesale gardening, with a focus on cultivating bedding plants and the most beautiful poinsettias that could be found for miles. He subsequently became a certified teacher, taught at several schools throughout the area, and eventually retired from the Plaquemines Parish School System. His retirement was far from a withdrawal from active work, rather, it was an opportunity to venture into different areas. In his “retirement,” Tony established mobile home communities in Jesuit Bend and Buras, Louisiana. He also became a commercial fisherman. Tony enjoyed checking on his properties and his tenants after a morning on the bayou catching bait shrimp. Before most people had started their day, he had already driven down the road, had his coffee with friends at the Myrtle Grove Marina, and caught enough shrimp to stock the tank for the day’s fishermen. He was a savvy businessman who always found a profitable and enjoyable way to provide for his wife and children.

Tony was also an excellent cook. Friends and family alike savored many delicious meals that he prepared to perfection. From his famous gumbo to his melt-in-your-mouth meatballs and tender roast beef, Tony’s food was always delectable. He cooked for his family on a daily basis, and because he did not like left-overs, friends and co-workers of his family often reaped the benefit of his enormous portions.

As a Dad and Pawpaw, he was always generous and supportive. He never discouraged unconventional ideas and consistently provided help in any way he could. As a husband, he was an all-giving saint. He catered to and cared for Nora, always supportive of her unusually creative ideas. As a couple, Tony and Nora began dancing together in high school and continued cutting the rug throughout their golden years. Though he was sometimes gruff in his daily interactions, his grace with Nora on the dance floor and throughout their life together was exemplary.

Friends and family are invited to attend an open-air memorial lunch gathering to celebrate Tony’s life on Friday, September 18, 2020, from 11:00 - 1:00 at the Myrtle Grove Marina, 161 Marina Rd, Port Sulphur, La. A remembrance ceremony will begin at 1:00 PM followed by a boat procession down the bayou. Tony spent most mornings at the marina wearing his pocket t-shirt, cap, and shrimp boots, and he would be honored for you to come equally as casual to his memorial. In lieu of flowers, Tony would want you to spend your money on the ingredients for a nice meal to share with your family. Please pray that he is resting in peace and dancing with Nora.

To send flowers to the family or plant a tree in memory of Anthony Francis Danos, please visit our floral store.