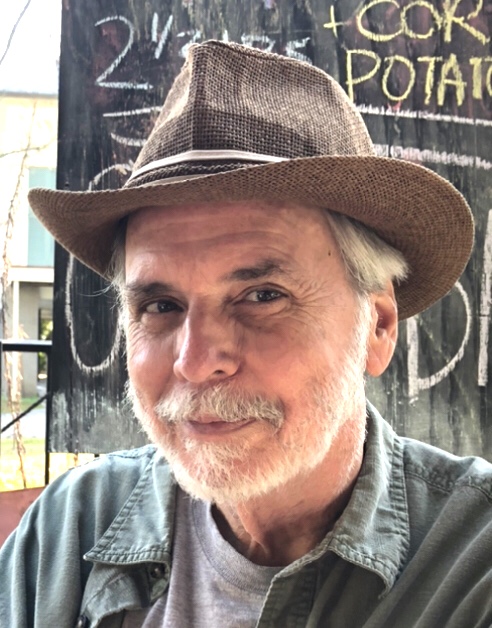 Gary “Wayne” McClendon was born in Weatherford TX on February 27, 1947 and passed away peacefully on October 31, 2020 surrounded by love, family, and friends at his home in Mandeville, LA.

He was preceded in death by his mother Olivia Barnett McClendon Dumas; his father J.C. McClendon; his sister Carole M. Rike (Jim); and his brother Richard McClendon.  He is survived by his wife Libby Levin; his children Nona Gennusa (Duke) and Ryan McClendon; his step children Jamie Henly and Brian Henly; his grandchildren Jakob Cullen, Jesse Gennusa, and Mason Henly; and his sister Luana Kathy Perez.

He moved to New Orleans when he was 7 years old with his mother and other siblings. Anything he wanted or needed he had to earn his own money, he started with a paper route. When he graduated High School he started working at the American Can Company in NO, then the Vietnam War started and he joined the Navy. When he finished his service he went to the University of New Orleans and went back to work at the American Can Company. While at UNO he attended a talk by the Maharishi Mahesh (transcendental meditation) and decided to follow him to Europe to meditate and find a spiritual connection that he was missing from childhood.

When he returned to NO he became president and founder of the first Transcendental Meditation Center in NO. He then decided to go to Chiropractic College because the Maharishi always had them around him. He moved to Davenport Iowa to get his education at the Palmer College of Chiropractic where he met and married his first wife Patricia McClendon. After graduation he ended up coming back to NO to start a practice in Metairie, La and later moved his practice to Mandeville, LA.

He was a true spiritual seeker at heart and went on to study many different types of healing modalities. He ended up graduating from the Barbara Brennan School of Healing in 1994 when it was located in the Catskill Mountains of NY. He was very skilled at chiropractic always learning new techniques and incorporated his healing skills learned from BBSH.

It was in 1994 that he met his current wife dancing at a local event. It was a costume party so I told him if he sees me at Ruby’s Roadhouse (as he told me that is where he had seen me before) to come up to me because I would never recognize him without his long hair wig. He saw me at Ruby’s 6 months later and we have been together ever since.

He retired from Chiropractic around 2008 and enjoyed spending time with his grandchildren, family, and friends. He started to get into cooking. He loved to travel, dance, go boating, kayaking, fishing, hanging out playing music with friends (mostly drums and harmonica but some guitar), playing chess, cards, and also spent a lot of time on his spiritual practice and writing. He would spend a couple of months for quite a few summers in Iowa at the Maharishi International University to meditate, eat healthy foods, and have good conversations with old and new friends. He continued to practice different types of meditation and really connected with the tradition of Kashmir Shaivism studying with Raja Choudhury.

I never knew anyone that put so much of his heart and soul into things that helped him connect to himself more deeply - beyond form, time, and space. He didn’t want the outer knowledge he wanted the experience and the intelligence that comes from within. Whatever challenges came into his life (and there were many throughout) he would just keep going on allowing a space for whatever showed up to be there. He seemed to have no fear and saw the blessings in the difficulties and would call them his teacher. His favorite saying was “It’s all good”. He felt that way to the very end.

A celebration of his life will be held at a later time due to Covid. Will be announced through FB, word of mouth, advocate newspaper, and email if you let me know libby.levin.5@gmail.com.

To order memorial trees or send flowers to the family in memory of Wayne McClendon, please visit our flower store.