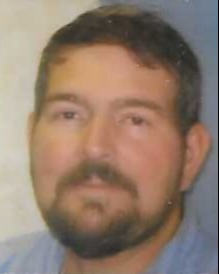 Terry O’ Banion Spell, 69, of Covington passed away peacefully at home with family by his side on Thursday, January 5, 2023. He was born on June 6, 1953, in Madisonville, Louisiana to the late Julius George and Mavis Magee Spell.

Terry is preceded in death by his parents and infant sister, Judy Georgette Spell.

While serving in the U.S. Air Force, Terry was stationed in Belgium. Upon returning home, he worked as a truck driver for Spell Trucking, Inc. for many years before earning a B.S. in nursing from Southeastern Louisiana University. Later, he founded Fair Pop Hill Farm, cultivating tomatoes and citrus fruits, which he sold at the Farmer’s Market in New Orleans.

Terry had a very generous heart, sharing anything he had with others and was always appreciative of every kindness extended to him. Terry had an avid interest in NASCAR racing, Louis L ’Amour novels, and old western movies.

The Spell family would like to thank everyone who helped with Terry’s medical needs over the years, especially the wonderful in-home care given by Jasmine and Randolph.

At Terry’s request, there will be no burial service and his ashes will be distributed among the many fruit trees he grew and shared in the backyard of his home.

In lieu of flowers, donations may be made to New Zion Lunch Ministry Fund.

To order memorial trees or send flowers to the family in memory of Terry O' Banion Spell, please visit our flower store.