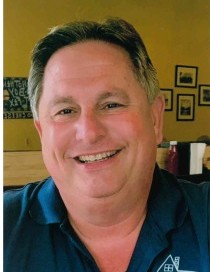 Terry is preceded in death by his parents, Murray William Bleker and Lorraine Ruth Haegar Spivey and his siblings, Kenneth, Cheryl and Richard Knight.

Terry worked for Princess Foundation as a Master Craftsman, he was very proud of being in business for himself and providing for his family with a company of his own since he was eighteen years of age. Terry enjoyed spoiling his grandkids, tinkering with anything broken, shooting pool, working, playing Phase 10, watching action packed movies and family time.

There is not one person Terry would not try and help or talk to. Everyone he speaks to he always tried to brighten their day. Anyone needing to smile just has to sit in a room or just be near him. He would give the shirt off his back to a stranger if it could help them. He will be dearly missed by his best friend Dana Klein.

To order memorial trees or send flowers to the family in memory of Terry Bleker, please visit our flower store.