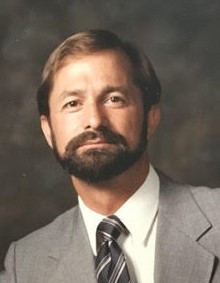 He graduated from Livonia High School and LSU in Agricultural Engineering. He served in the United States Navy.  Upon graduating from LSU he worked and managed grain export facilities throughout the United States. He served on the St Charles Parish Council as District 3 Councilman.  He was an avid hunter and fisherman.

The family wishes to thank the Mary Bird Perkins Cancer Center in Covington, especially Dr. Jack Saux and his staff, Hospice Specialists of Louisiana, specifically his nurse Phil and other staff members who cared for him.

Visitation will be held at Most Holy Trinity Catholic Church, 501 Holy Trinity Drive, in Covington, Louisiana on Thursday, June 16, 2022 at 10am. A funeral mass officiated by Reverend Rodney P. Bourg will follow at 11am.  A gathering of family and friends will be held following mass at the church Family Life Center from 12 noon to 1:30pm.  Inurnment will be at Saint Joseph Abbey Cemetery 75376 River Road Covington, Louisiana 70435.


In lieu of flowers donations may be made to St Jude Children’s Research Hospital at https://www.stjude.org.

To order memorial trees or send flowers to the family in memory of Steven Talbot, please visit our flower store.

Gathering of Family and Friends