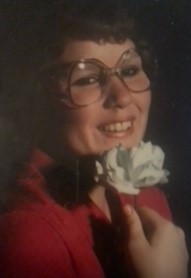 Sherry Diane Westmoreland age 51 passed away on the morning of May 7, 2021. Sherry was born on September 24, 1969 in New Orleans, Louisiana. Sherry was a resident of Washington Parish for most of her life. Sherry was a beloved wife, mother and grandmother. Sherry is preceded in death by her father Walter Wesley Whitehead, her mother Patricia, her brother Wesley W. Whitehead and her daughter Amanda Kay Whitehead. She is survived by her beloved husband Charles Ray Westmoreland (Chuck), whom she shared many years with, her mother Helen Whitehead, her sisters Andia Pearson and Anita Nastasi, her brother David Wayne Gill, her daughter Charlie Ann Westmoreland, and her two sons Robert Wesley, and Charles Ray Westmorleand Jr. Sherry had eight grandchildren. Jeffery Joiner, Courtney J. Collins Jr (Scoota), Isaac, Amanda, Alyssa, and Leslie Westmoreland, Canayla M. A. Westmoreland (Canae), and Carmen Warren. Sherry had numerous nieces and nephews and plenty of extended family. She will truly be missed by many and loved by even more.

To order memorial trees or send flowers to the family in memory of Sherry Westmoreland, please visit our flower store.