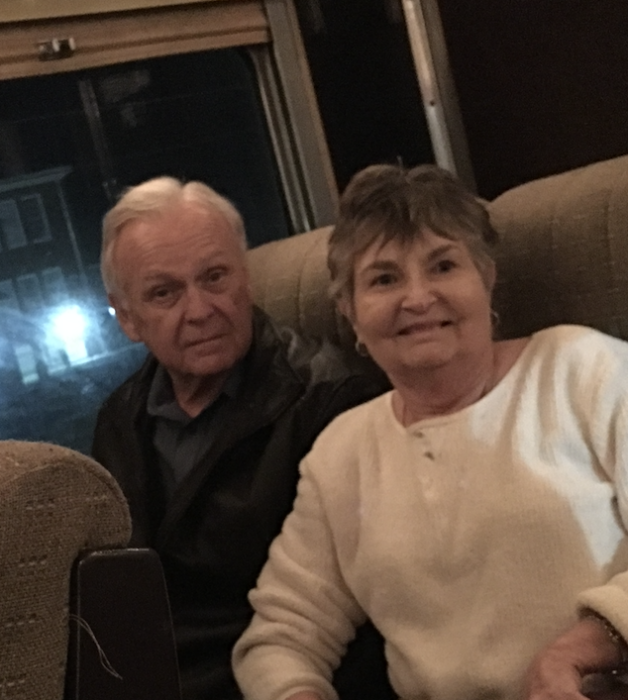 Ginger, as she was known to family and friends, was born on August 22, 1946 in Meridian, Mississippi to parents, Morgan Eldridge Rice and Minnie (Waller) Rice. Ginger was a talented pianist and loved to sing. Throughout her life, she played piano and sang in church.

Ginger graduated from Meridian High School in 1964. Shortly after graduation, she met the love of her life and soulmate, Nelson. They married on September 3, 1965. Nelson and Ginger left for Dallas, Texas the next day to pursue work. They enjoyed being young newlyweds in Dallas, spending free time with family and friends, playing pinochle and cooking. Ginger inherited her mother’s “green thumb” and had a beautiful balcony garden full of flowers and vegetables in their “tiny” newlywed apartment. When speaking of those days in later years, Ginger would recall that they were “very poor, but so very happy.”

Ginger worked as an office manager for a doctor, while Nelson worked during the day and attended night school. They eventually traded roles and Ginger went to night school, graduating from the University of Texas at Arlington. It was then, at the urging of Nelson and a family friend that Ginger decided to pursue a new career working for the Department of Justice. She completed her training at FLETC in Georgia, and subsequently became an Immigration Examiner with the Department of Justice. She even had to field qualify using a gun! This shocked most people who knew her, as she was usually quiet, reserved, and SHORT, but she could shoot! She and Nelson forever joked that she knew how to use a gun, should he ever get “out of line.”

Ginger worked for the Department of Justice for over 22 years. She retired in 2012 having loved her time at Immigration. She made many friends and loved to travel for work. Her favorite duty station was Port-au-Prince, Haiti. She loved the people there.

After retirement, Ginger spent her time traveling with Nelson, and spending time with her granddaughters Aiden and Meghan. Her most proud role in life, was as Mimi. Ginger also perfected her crochet skills. She frequently gifted baby blankets, senior lap blankets, and many warm throws to family and friends. She loved making blankets for each of her granddaughter’s many dolls and stuffed animals. She diligently tried to teacher her daughter, Kristen, to crochet, and Kristen failed miserably. The two laughed for years at the failed “beginner” potholders that were never used.

There were also many tea parties, formal and casual in her retirement. She had a love of hot tea, in general, and having two granddaughters to spoil, only increased her love of tea parties. It is a long running joke in the family at the inability of Ginger, Kristen, Aiden, or Meghan to pass up a tea set in a shop or store.

In 2019, Ginger and Nelson moved to Louisiana to be closer to their daughter, Kristen and son-in-love, Russell, and granddaughters. The last few years, saw many more tea parties, traveling to watch their granddaughters play sports, and spending time baking and gardening with her family.

In September 2021, Ginger and Nelson celebrated 56 years of marriage; 56 years of love, travel, family, and devotion. They were happy, loving, wonderful years. Just 2 weeks after their anniversary, Nelson unexpectedly passed away. Ginger spent the last 7 months battling Parkinson’s disease, as well as a broken, shattered heart from losing Nelson. Despite her joy at being with her family, Ginger never overcame the loss of Nelson. She is finally reunited with Nelson and is pain-free in Glory with Jesus.

Services will be on May 20, 2022 at 11:00 am at the Natchez National Cemetery in Natchez, Mississippi. There will be a luncheon and tea following the service at the Monmouth Historic Inn in Natchez.

To order memorial trees or send flowers to the family in memory of Sara Fletcher, please visit our flower store.