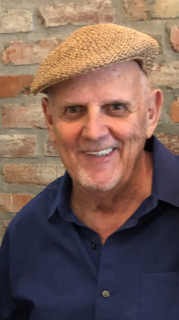 Roeling James Noel, passed away at the age of 79 peacefully at home on Friday evening, January 22, 2021 surrounded by his a family. He was a native of New Orleans, LA and a resident of St. Tammany Parish for 50 years. He has joined his greatest love, the late Aline Gassiot Noel. He is survived by their only child, Jeanne (Noel) Wong and son-in-law, Tommy Wong. Grandfather of Noel Wong Maestri (John), Megan Wong, Olivia Wong and Natalie Wong who were his greatest treasures. In addition, Roeling was known as "Gramps" to his three great-grandchildren: Aiden Maestri (13), Addilyn Maestri (8), and Asher Maestri (6) were his absolute pride and joy. Son of the late Roy Russell Noel and Claire Duhe Noel. He is preceded in death by his siblings Wayne, Russell, Spencer, Gerard, Bruce, Fay, Sandra, and Lynne. He is survived by his two sisters, Renee Wenzel, Maris Dean and brother, Elroy Noel, and many nieces, nephews, and cousins.

Roeling graduated from John Mc Donough Senior High in 1959 and attended a specialty
college for cabinetry. Roeling worked as a cabinet and building material salesman for Tulane
Hardwood Lumber Company as a young man and later worked for Acadian Millwork in his
former years. He was often awarded salesman of the month and was well respected by his
contractors who often became his good friends. In his retirement, he enjoyed working part time
at the Movie Tavern and Cracker Barrell to occupy his time. Roeling enjoyed being around
family and friends, dining out, shopping, playing his vinyls, solving crossword puzzles, walking
his dog Jefferson, watching Judge Judy, days at the beach, dressing to the nines, spoiling his
grands, and indulging in ice cream, jelly donuts and candy. He had a sense of style that stood
out to everyone through every decade. He was a perfect gentleman, tried and true!

Thank you to his caregivers both family and friends who helped in his home recovery after
his fall in August! You were all instrumental in making him feel loved and secure to regain his
sense of independence. Thanks to Anvoi Hospice who assisted the last five weeks with
palliative care. And a very special thank you to, Rev. Msgr. Frank J. Giroir, of St. Anselm
Catholic Church in Madisonville who gave Roeling the final sacrament of the Last rites and Blessing.

There will be Joint Celebration of Life at the Memorial of Roeling and Aline Noel on
Sunday, March 7, 2021 at 1:00 pm. At the Knights of Columbus-St. Benedict Council, 75050
Highway 25, Covington, LA 70435. Covid regulations will be adhered to with social distancing
guidelines. It is also our intention to also live stream the Memorial Service for those who are
unable to attend. Look for details later in the comment section of the posted online obit on
www.bagnellfuneralhome.com/obituary, on facebook or feel free to text Jeanne at (985)373-8098.

To order memorial trees or send flowers to the family in memory of Roeling Noel, please visit our flower store.