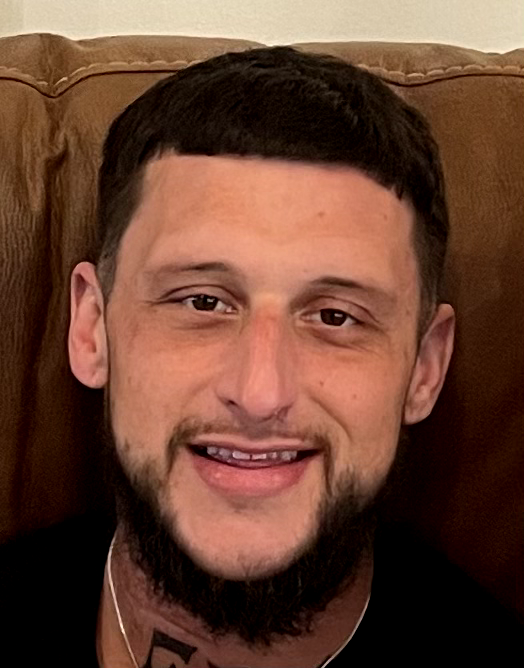 Niccolo Vincenzo Montalbano, “Vinnie”, 31, was born on July 24, 1990 and followed the angels to eternal peace on April 9, 2022, surrounded by cherished family and friends after battling a grave, long-term MRSA infection.

A lifelong resident of Chalmette, Louisiana, Nicco was a proud son of “Da Parish.” A gifted athlete, he attended Holy Cross School, playing wide receiver for the school’s storied varsity football program. He later attended the University of New Orleans where he was a member of the 2010 NCFA National Championship Team.

Nicco was the embodiment of joy and generosity. He could instantly command a room with his megawatt smile, booming laugh, and seemingly boundless energy. He was a gifted entertainer since childhood, always armed with a joke, prank, dance, or goofy face that would leave those around him in stitches with laughter. Just as quickly as he could deliver a giggle, he could summon profound awe and respect from someone in his presence by recalling some minute, but indelible detail that person shared with him long ago. He had an ingenious talent for instantly reading people and intuitively knowing what he could do to help them. Nicco’s gift of bringing delight to those around him was palpable, as anyone who enjoyed a cheeky wink of those doe eyes or the warm embrace of a giant bear hug would certainly know. Nicco always rooted for the underdog and fiercely protected his beloved family and friends. He spent endless hours volunteering to assist special needs children, the elderly, and the indigent community for several organizations within St. Bernard and Orleans parishes, as well as those on their journey of recovery. He adored animals and was a devoted pawrent to Sushi, Vito, Gigi, and Doodle Bug. Though he would have given any loved one or stranger his last cent or the shirt off his back, the greatest gift Nicco ever gave was his infinite and unconditional love.

If you are truly lucky, you’ll meet the one whose presence ignites a flame within, and Nicco met her 10 years ago. Nicco found his true love the moment his eyes connected with Kasey Sartin. He always said Kasey was the most gorgeous woman inside and out and considered himself the lucky one. Not only was Kasey his rock through all his ups and downs, she loved Nicco unconditionally with no reservations. Their love for each other was so passionate, Nicco couldn’t wait to create a beautiful family. Unfortunately, Nicco was unable to hold his beautiful daughter, Gianna, but he’ll remain by their side as Kasey shares their love story throughout Gianna’s life.

Nicco’s family would like to thank our incredibly loyal community of friends, his and our chosen family, for their love and support over the years. Special thanks to Gianna’s guardians, Nick Soriano and Kelly Sartin Lopez; First Pentecostal Church – Westbank; Right Direction Church – Violet; Bridge House / Grace House New Orleans; Avenues Recovery Center, the community and businesses within St. Bernard Parish and to everyone who visited and supported Nicco during his extended hospital stay.  Also, a special heart filled thank you to the staff at Ochsner Hospital (Main Campus) and Northshore Extended Care Hospital (Lacombe) for their continuous compassion and care since November 2021.

In lieu of flowers, please consider making a donation to Gianna Montalbano Sartin’s trust fund. Donations may be made at any Gulf Coast Bank & Trust (Civic Center).

To order memorial trees or send flowers to the family in memory of Niccolo "Vinnie" Montalbano, please visit our flower store.