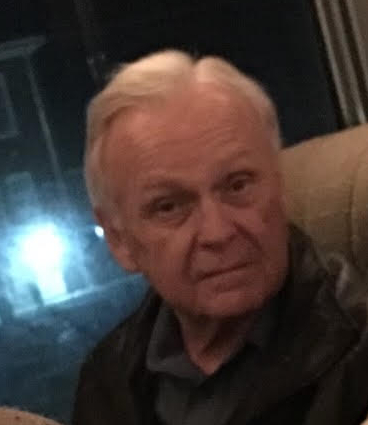 
Nelson Levon Fletcher, passed away peacefully after suffering a stroke, surrounded by his family at his home in Franklinton, Louisiana on September 18, 2021. He was 79.

Born on August 14, 1942 in Meridian, Mississippi to Nelson Karrh Fletcher and Margaret Beckam Fletcher. Nelson (better known as Levon to family and friends) was a lover of history and a WWI history buff. He shared this love of history with his family and was always up for trivia night or road trip to a historical monument.

Educated at Meridian High School in Meridian, Mississippi, Nelson graduated in 1960 and eagerly joined the United States Air Force. He completed his basic training at Lackland AFB in San Antonio, Texas. Then, he traveled to Kincheloe AFB in Sault Ste. Marie, Michigan where he was stationed for 2 years. He finished up his service at Chambley AFB just outside Paris, France. During his time in the Air Force, Nelson made many friends and was proud to serve his country. He always spoke of his time in the service and his friends there with pride and love.

Upon receiving his honorable discharge, he made his way home to Meridian, Mississippi to see his family. He also purchased his favorite car, a 1964 Ford Fairlane 500, hardtop. While he was in Meridian visiting his family, he met the love of his life, Virginia Rice (better known as Ginger.) They were married on September 3, 1965. They traveled to Texas to be near Nelson’s family and he began attending school at Dallas Baptist University. He graduated with a degree in accounting and history.

Nelson began working as an accountant in the pipeline division of Mobil Oil Corp in 1970. He later enrolled in the South Texas College of Law in 1979. He enjoyed an exciting career at Mobil Oil managing pipeline accounts. He traveled from Kalamazoo to Moscow and beyond while working for Mobil. He was a mentor to many of his co-workers and enjoyed his job immensely. He retired from ExxonMobil 2001.

Throughout his life, he showered his family with love and affection. He was always willing to lend a helping hand to anyone in need. His daughter’s friends remember that Nelson was always “the Dad” to everyone. He happily drove when carpool was needed and made sure there was a steady supply of pizza and pickles for all the sleepovers. He loved to laugh and shared his joy of goofy comedy movies with his daughter and her friends.

He leaves behind his cherished and beloved wife, Ginger. They were two halves of a whole. His daughter, Kristen and son-in-love, Russell and his granddaughters Aiden and Meghan, all of Franklinton. His favorite role in life outside of husband, was as Poppy to his granddaughters. He cherished every moment with them and left them with a lifetime of love. He also leaves behind his best friend, French Bulldog, Louis.

Nelson is survived by his brother Homer Fletcher and sister-in-love, Judy Fletcher of Rowlett, Texas and his sister Peggy Howard of Georgetown, Texas. He is also survived by many nieces and nephews who he cherished and loved deeply. Family meant everything to Nelson.

Nelson also leaves behind his best friend Danny Grayson (wife, Marion) of Belton, Texas. Theirs was a cherished friendship that started in childhood and spanned decades. Life took them in many different directions, but they always made time for their Sunday phone calls.

The service will be postponed for now. Nelson’s passing was unexpected and the family needs time to grieve. Nelson will be interred in the National Cemetery in Natchez, Mississippi.  The family will keep everyone updated on plans and dates. The family thanks you for your patience and understanding.

To order memorial trees or send flowers to the family in memory of Nelson Fletcher, please visit our flower store.