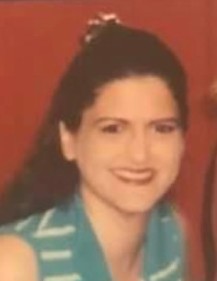 On Sunday, August 22, 2021 at 4:23 PM Michele Parenti Majoria (Mimi) gained her angel wings. Mimi was born in New Orleans on June 9, 1962. She was kind hearted and loved to listen and sing to music. She also loved Watching her sons play basketball and football. She graduated from Cabrini High School. She is survived by her mother, Jacqueline Almerico Bonie, stepfather Merlin Bonie. Also survived by her children Murphy J. Majoria III, Melanie Majoria, Michael Majoria, Jacob Parenti And Grandchildren, Janet,Christian and Milania And her brothers and sister,Darlene Parenti Lerch, Philip Parenti Jr. and Vincent Parenti Mimi is preceded in death by her father Philip Parenti Sr. There will be a private funeral mass at a later date.

To order memorial trees or send flowers to the family in memory of Michele Majoria, please visit our flower store.