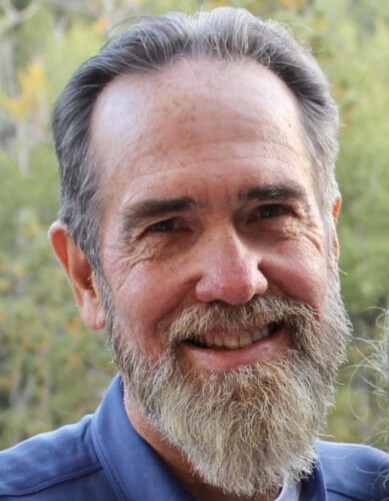 “The death of a great person should add life to those they left behind.”

Michael John “Mr. Lucky” Reynolds, 67, after a brutal battle with cancer met his Master on November 3, 2020.  He was surrounded by his family at his home in Madisonville. Mike was born in Binghamton, New York on July 13, 1953 to Edward and Virginia Reynolds. He spent his youth in the surf and sand of southern California and swimming for El Rancho and Lynwood High Schools. He came to the New Orleans area in 1971 on a Tulane University Swim Team scholarship and found the place his heart would call home. Mike was an incredible swimmer—some of the records he set at Tulane remain unbroken today. To say “God broke the mold” when He created Mike could not be more true. After graduating law school, Mike worked as an Assistant District Attorney in Orleans, Jefferson, Washington and Saint Tammany Parishes. He was smart, tenacious, and a master of the heavy pause. “The best prosecutor you ever saw” was known for his fairness and integrity.  Mike was always a man of many interests and talents. After 22 years of “wearing the white hat,” he was an entrepreneur for a time, worked in road boring with his best friends, and finally pursued his real passion as a Certified Welding Inspector. Mike was a Traveling Man and a friend of Bill W for the last 14 years. While his passport may not have been full of exotic stamps, he was well-versed in the best cuisine found in the quirkiest of places. There was almost no place he wasn’t willing to travel for a job. Mike was an explorer, a man who valued curiosity and courage; cherished his myriad of friends, with a special place in his heart for his friends from his Green Wave days.  He enjoyed connecting and learning from all the characters he met along the different paths he followed. He was a devoted husband and father to his own sons and to those who needed a stand-in. His humor was irreverent, his words decidedly pointed, and his love and loyalty venerated.

Mike is preceded in death by his father Edward Reynolds. He is survived by his wife of 18 years, Katie “KT” and their son Chance; his sons Michael Jr., Kyle, and Sean Reynolds; his bonus daughter, Jakey Nolan; his mother Virginia Reynolds of Mandeville; his brothers Ed (Pat) Reynolds of Covington, Kevin Reynolds of Florida and numerous nieces and nephews.

A Mass of Christian Burial will be celebrated in memory of Mike on Saturday, November 7 at Saint Anselm Catholic Church. A Rosary will begin at 11:45, the Funeral Mass will begin at 12:00 pm. The Celebrant will be Reverend Monsignor Frank Giroir with Reverend Gary Copping as Concelebrant.  The Homilist will be Deacon Abner Guillory. Interment will be at Saint Joseph Abbey Cemetery with a repast immediately following at Mike & Katie’s Madisonville home.

To order memorial trees or send flowers to the family in memory of Michael Reynolds, please visit our flower store.