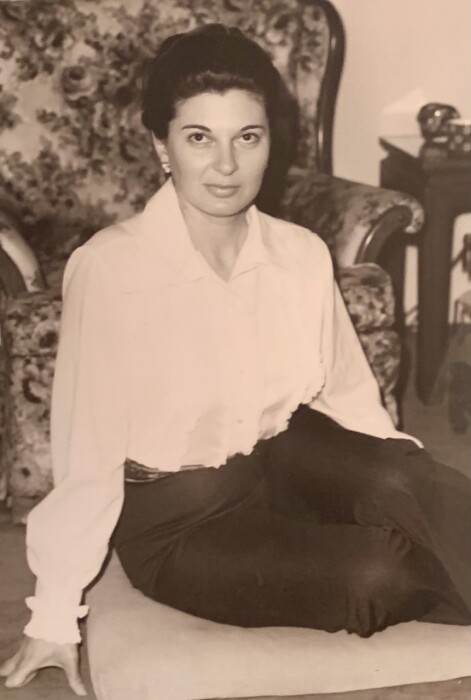 Ms. Reynolds died Sunday, July 25 at Lacombe Nursing Centre in Lacombe, Louisiana. She was born on May 4, 1937 in Morgan County, Alabama to Stanton Nunn Morris and Sarah Garner Morris.

A graduate of The University of Montevallo in Alabama, June began her career as a medical technologist specializing in blood pathology at The Houston Texas Medical Center. It was in Houston where she met and married her husband, Charles Reynolds in 1967.

Mr. Reynolds’ career took him and his family to multiple countries around the world and June established households for Charlie and his four teenage daughters in Greece, Egypt, Okinawa, Japan, Singapore, London, Scotland, Bahrain and Dubai before their return to the United States in 1979 where they settled in Metairie, Louisiana.

Upon her return to the States, June continued to practice as a medical technologist at East Jefferson Hospital until her retirement.

June had a love for friends that she made all over the world during their travels. She was a wonderful cook and enjoyed fresh, authentic food and flowers. She especially loved her beloved poodles and other pets that provided companionship and love to her and the Reynolds family throughout her life.

She was preceded in death by her husband, parents and brother, Donald Stanton Morris.

She is survived by her three nieces, Tracy Morris Michael, of Tallahassee, Fla., Monty Morris Vest of Hartselle, Ala., Ceil Morris Heath, of Vestavia, Ala., her four stepdaughters and her beloved poodle Zoe, who is now in Tracy’s care in Florida.

A memorial service will be announced at a later date and her final resting place will be at Herring Cemetery in Massey, Alabama.

To order memorial trees or send flowers to the family in memory of Martha Reynolds, please visit our flower store.