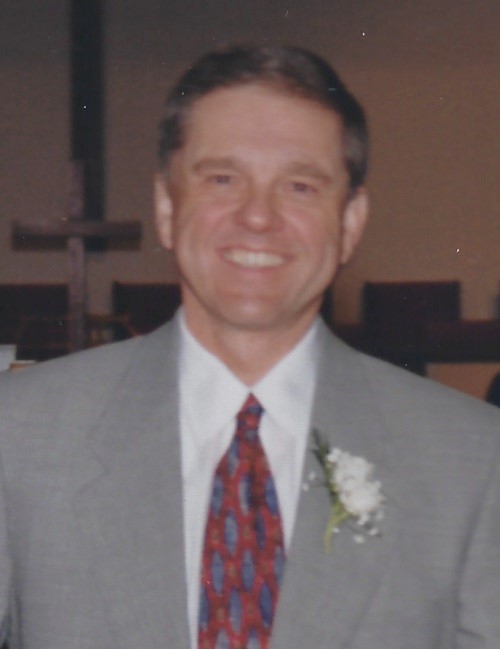 Larry Byron McMillen, 79, of Folsom, LA was called by our Heavenly Father to be with Him on January 25. 2022.  He was born on the 18th of April 1942 in Defiance, OH, to Nelson G “Bud” and Martha (Belden) McMillen.  Larry was preceded in death by his parents.

Larry was a devoted father and husband who loved his family very much.   Scarlet and grey were his favorite colors in support of The Ohio State University, his alma mater.  He was a passionate member of the choir at St Timothy on the North Shore United Methodist Church for over 30 years and a proud reserve deputy for the St Tammany Parish Sheriff’s Office in the Mounted Division from 2000-2015.  Larry graduated from Defiance High School in 1960 and The Ohio State University College of Dentistry in 1966.  He served as a Captain in the U.S. Army Dental Corp from 1966-1968.  After his Honorable Discharge, he completed his master’s degree in Prosthodontics from The Ohio State University College of Dentistry in 1969.  He moved to New Orleans to teach at the LSU Health School of Dentistry that same year.  Shortly thereafter, he began private practice in Metairie, LA, where he practiced until Hurricane Katrina helped him make the decision to move his practice to Folsom, LA, where he remained in practice until 2021.

A celebration of Life will be held on Saturday, February 12th at St Timothy on the North Shore United Methodist Church,

335 Asbury Drive, Mandeville, LA.  Reverend Candy Foster will officiate the ceremony.  Visitation will begin at 10:00 AM with the Service beginning at 11:00 AM.  The family will receive friends immediately following the ceremony at the church’s family Center.

In lieu of flowers, Larry and his family would like to recommend you send a donation to your favorite charity.  If you do not have a favorite charity, some have been provided for your consideration.

Larry has participated in equine competition for more than 35 years.  He was a lifetime member of the American Quarter Horse Association and the Louisiana Quarter Horse Association.  He has competed in Barrel Racing, Team Penning and was State Champion in Amateur Reining.  His love of horses was one of the reasons he became involved with the St. Tammany Parish Sheriff’s Office.

During his tenure with the St. Tammany Parish Sheriff’s Office – Mounted Division, he continued to push himself to be better at whatever he did.  He was one of the first three reserve deputies in the Mounted Division to go through POST (similar to boot camp) with the full-time deputies and became a certified patrol deputy.  He participated in mounted competition between different law enforcement agencies on behalf of St Tammany Parish Sheriff’s Office.  He worked on special operations projects – one being search and rescue during Hurricane Katrina, only this was done on boats instead of horses.  During his time with the Sheriff’s Office, he combined his love of dentistry and his interest of law and order by becoming a certified forensic dentist.

Larry believed in giving back.  He showed that by providing pro-bono dentistry to various charity agencies, including Magnolia Children’s Home and Dental Lifeline for Veterans.  He has also sponsored local youth sports teams associated with the Magnolia Recreation Center.

Larry was a true Renaissance Man and touched many hearts throughout his life here on earth.

To order memorial trees or send flowers to the family in memory of Larry McMillen, please visit our flower store.