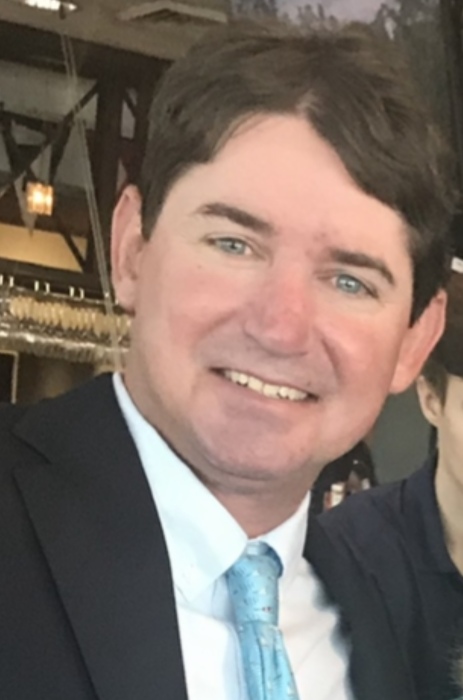 
Kurt Alfred Adler sailed across the finish line on October 14, 2020 after a brief illness. He was born in New Orleans, Louisiana on June 26, 1982, and was a resident of Mandeville, La. Kurt is survived by his mother, Barbara Greeley Adler; brother and sister-in-law Greeley Lawrence and Brandon W. Adler and their daughter Louisiana June (Lulu); aunt, Kay Greeley LeGros, widow of H. Leighton LeGros, aunts Christa Battiansila, Karin Alverson, and Margit Wingfield; a host of cousins; friends too numerous to mention; and, last but not least, his faithful dog Oscar Lee. He was preceeded in death by his father Uwe Manfred Adler (in 2011); grandparents, Lawrence and Carmen Thibodaux Greeley; and Alfred and Erna T. Adler. Kurt was an avid sailor who distinguished himself in Gulf Yachting Association-sanctioned regattas, and other racing events across the Gulf Coast and beyond, and was a certified US Sailing instructor who taught numerous children the basics of boating during summer sail camps at Pontchartrain Yacht Club. He was employed by Jeff Lindheim/The Canvas Man, a specialty awning and boat cushion company. Kurt was usually on or around the water, involved in all things nautical. A kind and gentle soul, devoted to his family and many friends, he will be sorely missed.
A reception will be held on Sunday, October 25, 2020 at Pontchartrain Yacht Club, 140 Jackson Ave in Mandeville, La., from 2:00-5:00 pm, to commemorate Kurt’s life. Having a memory to share will be appreciated, as will casual/nautical attire. In the interest of safety, please bring a face mask.
Sail on, Kurt, and may you eternally have fair winds and following seas.

To order memorial trees or send flowers to the family in memory of Kurt Adler, please visit our flower store.