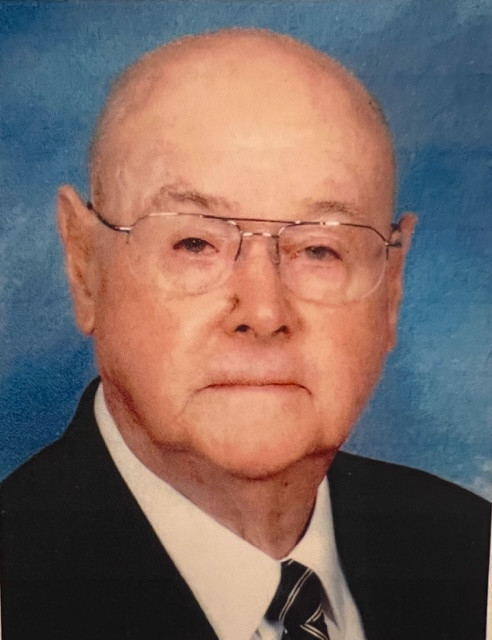 Julius Lawrence “J.L.” Smith, Jr. died on December 4, 2022 at St. Tammany Parish Hospital in Covington, Louisiana at the age of 96.  He is survived by his sister, Mary Jo Burns of Houma, Louisiana and by numerous nieces and nephews. He was preceded in death by his wife, Marguerite C. Smith, his sister, Earline Suarez, and his parents.  Visitation will be held on Thursday, December 15, 2022 at 10 a.m. at Mary Queen of Peace Catholic Church, 1501 West Causeway Approach, Mandeville, Louisiana with a memorial Mass following at 11 a.m.

J.L. was born in Angleton, Texas on January 21, 1926.  He married his high school sweetheart, Marguerite, and they lived together for 70 years, living life not as it truly was, but as they wanted it to be. J.L. was educated as a physicist at the University of Houston with a graduate degree in Engineering from Southern Methodist University. He prized his work in the field of electronics research and development and was honored by his several accomplishments. In 1987, he was named Engineer of the Year by the Gulf Coast chapter of the Mississippi Engineering Society in recognition of being chosen by the government of the Peoples Republic of China to make several trips to China where he lectured on electronics state of the art. J.L. published more than 50 papers in the technical journal, wrote 3 books on the subjects of mathematics and electronics and 7 patents were issued in his name.

He and Marguerite retired to Ocean Springs, Mississippi before moving to the Northshore where they lived at Christwood Retirement Community in Covington, Louisiana.  J.L. challenged himself to never stop learning and continued his writings well into his later years. Humble and kindhearted, he was a great mentor and role model throughout his entire life, not only in regards to his professional work but most importantly his long-lasting relationship with his loving wife, Marguerite.  His thoughts on marriage: “You do not love someone all the time with the same passion. Love rises and falls and you fall in and out of love. Never be quick to call it quits only because a conflict has taken you to a low point where you may have fallen out of love. Allow marriage to hold you both together long enough to fall back in love again.”  (Just Maggie & Me ~ memoir by J.L. Smith).

J.L. had a special way of making everyone feel important and worthy, and inspired others to value education. In lieu of flowers, please consider a memorial donation in his name to the Christwood Foundation at 100 Christwood Blvd., Covington, LA 70433. All donations will go to Christwood’s staff Scholarship Fund, a cause near and dear to his heart.

To order memorial trees or send flowers to the family in memory of Julius "J.L." Smith Jr., please visit our flower store.