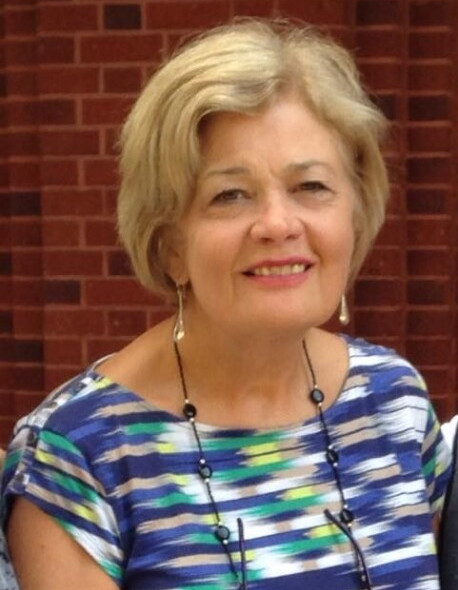 Judith Flatley Jewell passed away 6/18/2022, at the age of 74, in her
hometown of Slidell, LA. Judy was the first of five children (Keith, Dennis,
Andrew and Claire Flatley) born to John and Shirley Fagot Flatley in New
Orleans on April 12, 1948. Judy was born and raised through Catholic schools in
New Orleans where she graduated from Archbishop Blenk High School. She
attended Louisiana State University in Baton Rouge, LA where she earned a
Bachelor of Education. After graduating in 1971, she moved back to the
Westbank where she met her husband, Bill, formally known as William Cole
Jewell. Bill and Judy were married on 5/23/1976 in uptown New Orleans. Bill
and Judy had three loving children Sara Delancy (Jason), Ellen Cain (Danny),
and Paul Jewell (Kristin). Bill and Judy moved to Slidell, Louisiana in 1983
where they raised their family.
Judy taught junior high English and History, which fueled her love of Jeopardy
and Trivial Pursuit. Many weekends were spent volunteering with Hurricane
Swim Club taking times, running the concession stand and hanging with dear
friends at swim meets. Judy loved to host a party with Bill’s family Peggy
Phillips (Ted), Mary Isolani (Ed), Susan Whitaker (Mitch) and Mother Bonnie
Adair Davis. Most family parties ended with playing cards after dinner. Judy
was an avid sports fan and was known for her love of LSU, the Saints and
tennis.
Judy retired from teaching in 2006 and began her next chapter as a retiree and
her favorite role of grandmother. Her oldest daughter Sara and husband,
Jason Delancy, had JuJu’s first grandboys, Evan and Carter Delancy of Slidell,
LA. Paul and Kristin Jewell of Lafayette, LA added two more grandboys,
William and Matthew Jewell. Not be forgotten in Dallas, TX, Ellen and Danny
Cain rounded out the grandboys with Marshall and Travis Cain. JuJu and Pop
discovered a love of Santa Claus in the retirement years where they would do
Santa gigs in the community. JuJu loved to host her Easter Eggstravaganza
for the grandkids and extended family. She and Pop also enjoyed spending
time traveling to visit friends and time at the beach reading a book. Juju was
also involved with her women’s stock club as the secretary, monthly book
club and most recently playing Mahjong.

She helped take care of Bill until he passed away 4/6/2020. She will be deeply
missed by her family and friends. A funeral mass will be held 6/25/2022 at St.
Genevieve Catholic Church in Slidell, LA. Visitation will begin at 9:30 am
with mass at 10:30 am. A Celebration of Life Repast will be immediately
following the mass in the Family Life Center at St. Genevieve. Guests are
encouraged to wear purple and gold in Judy’s honor. In lieu of flowers,
donations can be made to MD Anderson Cancer Center and Autism Society
Acadiana.

To order memorial trees or send flowers to the family in memory of Judith Jewell, please visit our flower store.