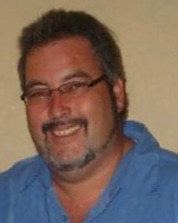 Jorge A. Rico, Jr. passed away on Monday, January 2, 2023 at the age of 53. A native of New Orleans he was born on October 31, 1969 to the late George Rico and the late Marie Swilley. Jorge graduated from Bonnabel High School in Kenner, LA. He had a love for hunting and playing golf. Jorge is survived by his stepmother, Gladys Rico, his wife, Annette Rico. He is also survived by his former wife, Sacha Schultz and their 2 children: Gavin Rico and Gage Rico. Jorge is also survived by his 2 brothers, Julio Rico, Sergio Canales and his 3 sisters, Rosa Rico, Gina Rico and Brandy Babin. A private family service will be held at a later date.

To order memorial trees or send flowers to the family in memory of Jorge Alberto Rico, Jr., please visit our flower store.