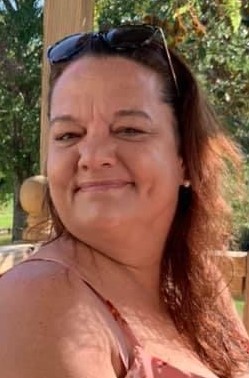 Jennifer Elizabeth Cossé, 47, was born February 5, 1973 in Marrero, Louisiana to Robert and Judy Cossé. Throughout her life Jenny struggled to find her place in the world until her abrupt passing on December 13, 2020  in New Orleans, Louisiana. Although she would wander, she always made her way back to family and friends. Jenny surrounded herself with many people but most notably, her lifelong best friend Tanya Turlich, who was more like a sister to her and is considered an aunt by Jenny’s children.
Despite her best attempts, addiction became a barrier blocking her from her true potential. She was brought to places of incredible darkness and this time she could not overcome it. Jennifer had a good heart and better intentions-often overshadowed by a relentless battle with drug addiction. She could make you cry from laughing so hard or just cry from the things she had put herself though. Her spirit will be eternally missed. She is resting permanently now and those who knew Jenny know that she loved her sleep. Her family carries on with the understanding that she is at peace-finally.
She is survived by her parents Robert and Judy Cossé of Covington, her siblings Danielle Migues and Robert Cossé Jr. of Port Sulphur, her four adult children Jenna Cossé, Katerina Moore, Adrianna Moore and Andrew Moore IV, her grandsons Braylen and Wesley Stokes, her niece Haley Guidry, her great niece and nephew Camille and Collin Guidry, and many aunts, uncles, and cousins.
The family will be having a small memorial service in her honor for immediate family only. Flowers and donations can be made out to The Cossé Family and sent to 74450 Gottschalk Road Covington, LA 70435.

We share her death from addiction publicly, in grief, but without shame. We loved her despite it all.

To order memorial trees or send flowers to the family in memory of Jennifer Cossé, please visit our flower store.