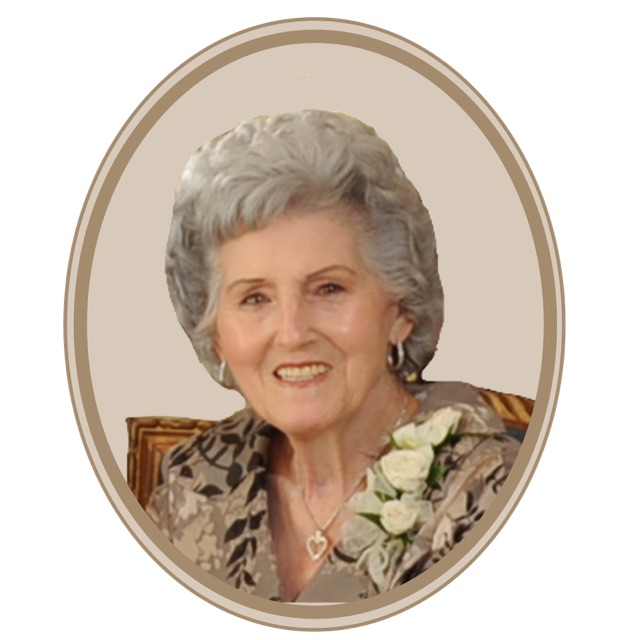 Gloria Theresa Olivier Cooper was born June 7, 1928, on the farmland of Grande Bois in Bourg, Louisiana to Berwick and Theresa Olivier, sharecroppers of the Louisiana cane fields and forever the source of her strength and wisdom. One of eight siblings, Gloria lived nearly a century, ever mindful of the belief that faith and family are the most important aspects of everyone’s time on earth.
She left her Cajun roots for the big city of New Orleans…but Grande Bois always remained in her heart. She soon met and married her sweetheart Harold, the love of her life and her eternal soulmate. Together for 65 years they were devoted to each other and raised 4 daughters in Chalmette. They were proud to raise their family in St. Bernard and to count themselves among the founding members of Our Lady of Prompt Succor Parish.
Gloria, affectionately known to some as “Booney”, was a woman of many skills and amazing talents, which evolved through her curiosity, determination, and sheer inventiveness. In everything she was a perfectionist!
She was a talented baker, chef, seamstress, gardener, and painter. She was an incredible homemaker. Her most notable culinary creation was her King Cake, which was the highlight of our Mardi Gras season. Gloria was also a travel enthusiast. She and Harold spent their golden years traversing the country in their tiny home on wheels. They rarely passed up a flea market and her collections of tea pots, roosters, and cookbooks certainly attest to that.
Gloria especially loved celebrating Christmas. Christmas Eve brought an annual open house that was a family, friends, and neighborhood tradition for 40 years. Christmas festivities were special for all who attended.
Gloria had a phenomenal way with children. She was blessed with an innate talent, a keen sensitivity that could soothe a crying infant or engage a disgruntled child. She was especially devoted to her grandchildren and great-grandchildren to whom she was lovingly known as “MeMe”. Gloria was much beloved and will be sadly missed by all who knew, love, and remember her as the vibrant woman who graced their lives for 94 years.
Gloria passed away peacefully at her home on Wednesday, September 14, 2022, surrounded by her loving daughters. She was preceded in death by her parents Berwick Joseph and Theresa Detiveaux Olivier, her dear husband Harold, siblings Emelda Haydel, Laudist Sass, Berwick “Sam” Olivier, Jr. , Ursula Gilchrist, and Loris Dupre. There are many who remain to cherish her memory, including her daughters Susan, Denise, Judy Spear, Marcella Gioe (Ricky), Giselle Diecidue (Steven, Sr.); her grandchildren Theresa Dysart (Danny), Olivia Gioe Azcona (Stephen), Steven Diecidue, Jr. (Gabby), Cooper Gioe (Meredith), and Hayden Diecidue; 2 great-grandsons Daniel and Jack Dysart; sisters Bobbie Steib and Vivian Rodrigue (Mack); sisters-in-law Regina Olivier, Florence Welborn, and Gloria Cooper. She is also remembered with affection by countless nieces, nephews, cousins, and friends.
The Cooper Family would like to extend their heartfelt gratitude to Anvoi Hospice Care for their assistance throughout Gloria’s illness. A special thanks to her nurse Joanna, whose loving care and kindness meant so much. Thank you also to Eucharistic Minister Mike for his spiritual guidance.
Relatives and friends are invited to attend a funeral mass at Our Lady of Prompt Succor Church, 2320 Paris Road, Chalmette, LA, at 12 noon on Tuesday, September 27, 2022. Visitation will begin at 10:00 am. The saying of the rosary will precede the mass. Interment in St. Bernard Memorial Gardens will follow the mass. In lieu of flowers, please consider masses or a donation to the St. Bernard Autism Awareness Krewe.

To order memorial trees or send flowers to the family in memory of Gloria Olivier Cooper, please visit our flower store.

Our Lady of Prompt Succor

Our Lady of Prompt Succor