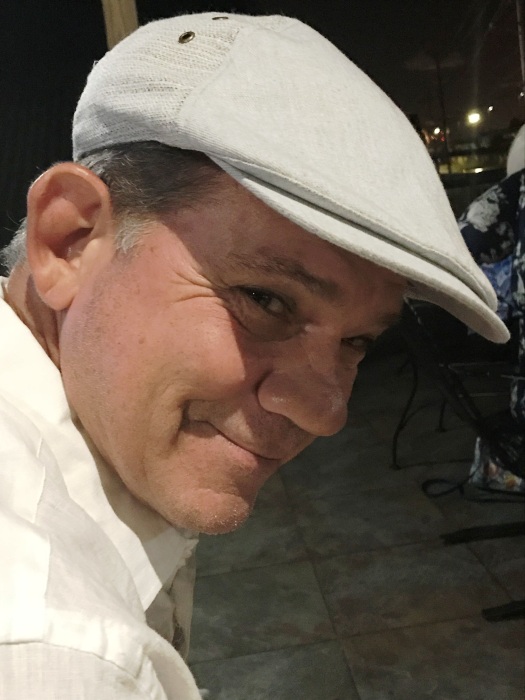 Gilbert “Gilly” Ernest Charbonnet peacefully passed away from complications due to Lewy Body Dementia on October 5, 2020, at his home in Isabel, Louisiana. Gilly is now in the “Other world”, the Kingdom of God, which is the world of the Resurrection, the world of Christ, the world of the Holy Spirit, the world of God, our Father.  He was the dearly beloved husband of Rhonda Brehm Charbonnet, and precious son of Robert “Bob” Henry and Carol “Toby” Francis Charbonnet. Gilly is survived by one daughter, Ashley Charbonnet Smith (Marcus) and Granddaddy to Maverick and Baby Smith; and one stepson, Harrison Brehm (Mary) and Papa Gilly to Michael, Genevieve, Charles, and Henry.  Gilly is also the namesake for Lars Gilbert, son of Tessa and Lucas Porterfield-who was like a son to him. Gilly was the third oldest of nine children born to Bob and Toby: Carol (January 12, 1996), who predeceased him; and is survived by Robert Jr., Michael, Kenneth, Stephen, John, Lynda, and Babette; and uncle to several nieces and nephews.

Even though Gilly was born on an Air Force Base in Warner Robins, Georgia, he was a true New Orleanean.  With the uptown university area as his stomping ground, Gilly was happiest spending time with his family and friends.  Some of his fondest childhood memories were his summers spent at Camp La Salle in New Mexico run by the Christian Brothers.  Always having an affinity with animals, there he learned about the care of horses and developed a special love for them.  He was a graduate of De La Salle Catholic High School and obtained his degree at the University of Southwestern Louisiana.  In the late 1980’s, Gilly began work in the early days of the Louisiana Film Industry and quickly worked his way up and established himself as a Key Grip.  Over the years, he worked on hundreds of feature films, television series, commercials, and music videos.  In 2018, he was recognized by the International Alliance of Theatrical Stage Employees “IATSE” Local Union 478 for his 25 years in the Louisiana Film Industry.  The union president described Gilly as “one of their original key grips” and “very well respected”.  Beyond this, Gilly was to achieve greater things.  For forty years, what Gilly would later call his “forty years in the desert” he struggled with the disease of addiction.  But on May 4, 2015, by the Power of God, and with the constant loving support of Rhonda, his parents, and Lucas, along with prayers from many others, Gilly courageously stopped drinking and never turned back.  He was always grateful for Fr. Herb Kiff with Mater Dolorosa Catholic Church who provided spiritual guidance and the AA program which he worked until illness no longer allowed.  Sadly, in 2017, Gilly was diagnosed with Lewy Body Dementia.  Despite this horrible diagnosis, Rhonda and Gilly were joined in the Sacrament of Marriage by Fr. Herb on April 3, 2018.  Prior to this disease taking control over him, in June 2019, Gilly and Rhonda were also blessed to go on a special needs pilgrimage to visit Our Lady of Lourdes, in France, with the Our Lady of Lourdes Hospitality North American Volunteers.  This was to make a deep impact on the remainder of Gilly’s life as it was Our Lady, Mother Mary, who would always be with him in the darkness of his dementia.  As a parishioner of Annunciation Catholic Church in Bogalusa, Gilly was grateful for the understanding and support he received from Fr. Daniel Brouillette “Fr. Bru” and Deacon Ed Kelley.  Despite many trials throughout his life, Gilly was blessed to fully embrace his Catholic Faith in his later years.  In his struggles with Lewy Body Dementia, he would daily offer up his sufferings and prayers for others. And with Our Lady always at his side, and the strength given to him by the Holy Eucharist, Gilly persevered to the end.  For those who truly knew him, although he bore failings, Gilly had a pure heart, was generous, and was simply a good man.

With a heart overflowing with gratitude, Rhonda would like to offer a special thank you to Fr. Bru, Deacon Ed, Fr. Beau Charbonnet, and Fr. Herb for coming to their home with prayers and comfort and to bring them, as Gilly would say, “Jesus” (The Holy Eucharist); to Gilly’s St. Joseph Hospice “Tiger” Team who provided amazing nursing and a listening ear as she navigated Gilly’s precious care these last months; to the IATSE members who provided outside help so she could remain home caring for Gilly; and to the Our Lady of Lourdes Hospitality NAV members and fellow pilgrims who reached out from across the country and helped sustain them with their loving prayers.

A Requiem Mass will be held on Tuesday, October 13, at Mater Dolorosa Catholic Church, 1230 S. Carrollton Avenue, New Orleans. Visitation will commence at 10:00 AM, and mass will begin at Noon.  A private burial will take place at St. Joseph Abbey Cemetery.

In lieu of flowers,

Gilly’s one desire had been to return to Lourdes as a volunteer to help pilgrims with special needs.  His illness made this impossible.  In his memory, donations can be made with the Our Lady of Lourdes Hospitality North American Volunteers to help others with special needs who may not have the funds, have the opportunity to go on pilgrimage to this extraordinary place-where heaven touched earth-and find their special healing peace from Our Lady.

Donations can be made via their website or checks can be mailed to their office payable to Lourdes Volunteers, 107 Michaels Avenue, Syracuse, NY 13208. Any donations received will be held in the Andrea’s Wish Fund to help those with special needs make pilgrimage to Lourdes.

Link to information about Andrea’s Wish:

Link to make an online donation:

(Friends and family are encouraged to leave a comment with their donation indicating it has been made in honor of Gilly.)

To order memorial trees or send flowers to the family in memory of Gilbert "Gilly" Charbonnet, please visit our flower store.