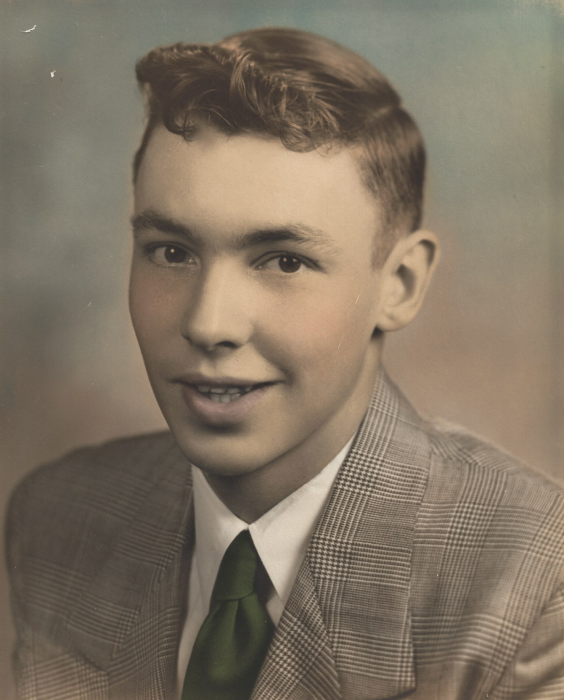 George Dwanye Jacobs of Covington, LA. passed away peacefully on Friday, August 20th, 2021. He was born to the late Jack and Mary Ann Jacobs in Benton Harbor Michigan on December 8th 1933.

George served in the Air Force during the Korean war, and had an insatiable love for flying and being up among the clouds. While serving in the Air Force, he ended up in New Orleans where he met his wife, Frances, to whom he was married to for 64 years.

Once he was done serving our country from the clouds, he transitioned into working with the US Postal Service - a job he ended up retiring from after 30 years. After such incredible feats he decided to begin his next journey into becoming quite a culinary genius. He specialized in a baked mac and cheese which his grandchildren requested every chance they could get. Beyond becoming quite the chef, George was a lover of music. He loved all musical genres, and especially enjoyed spending evenings spinning his favorite Beatles tunes on his turntable. Besides the Beatles, Saturdays were reserved for the Lawrence Welk show, to which he knew every word to every song that was playing.

George was the definition of a fixer and a helper. He had a true gift for being able to fix just anything thrown his way and was always eager to lend a hand be it to a neighbor or stranger. There was never a problem that his innovation couldn't solve. This “fixer” attitude translated into gardening as well, as George had the most amazing green thumb and enjoyed spending time outside every chance he got, especially going for bike rides.

Careers and hobbies aside, above all George loved his family, and would cherish the Sundays when the family would get together for dinner, to watch a football game, or golf tournament . George is survived by his children Mary Jane Monroe (Art), and John Jacobs (Cindy) as well as his Grandchildren and Great Grandchildren who brought him the utmost happiness, Monique, Brett, Madison Jayne, Jason, and Charlee Mae. George is also survived by his brother Jim Jacobs (Brenda), Robert Jacobs ( Barb), Mike Jacobs (Karen), and Daryl Jacobs. He is preceded in death by his wife Frances, brother Jack Jacobs, and grandson Brett Jacobs. Family and friends

are invited to a Memorial Mass honoring George’s life that will be held on Saturday, September 18th at Christ Episcapol Chapel, 129 N. New Hampshire St. in Downtown Covington ,La. The service will begin at 10:00am.

“God took the strength of a mountain, the majesty of a tree,the warmth of a summer sun, the calm of a quiet sea. The generous soul of nature, the comforting arm of night, the wisdom of the ages, the power of the eagles' flight. The joy of morning in the spring,the faith of the mustard seed, the patience of eternity , the depth of a family need. Then God combined these qualities, when there was nothing more to add, He knew His masterpiece was complete, And so, He called it... Dad.

To order memorial trees or send flowers to the family in memory of George Jacobs, please visit our flower store.