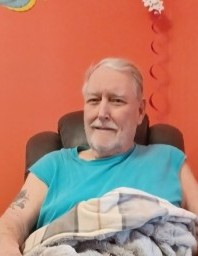 Gary Eugene Smith (Smitty) passed away unexpectedly but peacefully on Thursday, March 31, 2022 at the age of 79.  Beloved husband of Kathy B. Smith of 54 years.  Loving father to Lisa S. Balbuena (Victor)  “Paw” to his adored grandchildren Jonathan Everette Balbuena and Victoria Clare Balbuena.  Brother of Jean Smith Adams.  He was proceeded in death by his parents Walter Smith and Violet Deemer Smith Laws and his brother Ronnie Walter Smith.

Gary was drafted in 1967 and served a 2-year deployment in the U.S. Army Infantry Division serving in the Vietnam War.  Gary was awarded the Purple Heart as a result of his service during the war.

Gary began working for the Southern Pacific Railroad in 1959 working his way to become a railroad carman.  His favorite part of the job was working train derailments as he enjoyed putting the cars back on the tracks.  “Smitty” as he was known at the rail yard retired from Southern Pacific/Union Pacific after 43 years of work.

Gary was a born, raised and spent 62 years as a resident of Gretna, Louisiana.  The last 17 years he has been enjoying his retirement in Madisonville, Louisiana.  He never met a stranger and was always seen with a smile on his face.  He enjoyed going on cruises with his family and friends or even with just Kathy.  He loved going out to eat, cooking and gardening.  And when he was done, he would rattle his keys as a sign that he was ready to go home and take a nap-  he loved his naps.

Gary’s friends, family and loved ones are invited to attend a Memorial Service on Saturday, April 23, 2022 in the Chapel of Bagnell & Son Funeral Home 75212 Hwy 437 Covington, Louisiana 70435 at 1:00 p.m. with visitation from 11:00 a.m. until service time. Inurnment to follow in the Eternal Rest Cemetery.

In lieu of flowers, please consider a donation to the Non-Profit New Heights Therapeutic Riding Center in Folsom, Louisiana, in the name of Victoria Balbuena.  Gary loved to see his granddaughter Victoria enjoy her horseback riding lessons along with others with disabilities.

To order memorial trees or send flowers to the family in memory of Gary "Smitty" Smith, please visit our flower store.