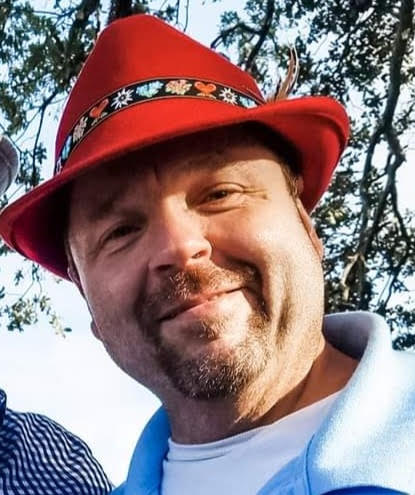 Franklin Bernard Raspino passed away on Wednesday, November 9, 2022 in Covington Louisiana. He was born on April 15, 1969 to Raymond Raspino Sr. and Janice Berggren Raspino. He was the beloved brother of Adam Raspino, Amy Raspino, Kay Raspino Thomas (Greg), Andrew Raspino (Lisa), and Paula Raspino Hux (Troy-Deceased). He was the very proud uncle of Drew Raspino, Sam Raspino, Olivia Hux, Dominick Thomas and Zac Raspino. He was the BEST friend of and partner in crime to Sherry Penton. He will be sorely missed, especially by his beloved dog Reesie.

He was preceded in death by his parents, as well as his siblings, Pamela Raspino, Raymond Raspino jr., Janice Raspino and brother-in-law, Troy Hux.

Frank was a very proud alumnus of Brother martin High School, and he attended Delgado Community College. He was employed by Rouse’s Supermarkets up until the time of his illness. Franky was a good friend and a loving brother and uncle. He cherished family above all. He loved all sports and music, especially watching college football and midsouth wrestling. He was also a HUGE fan of the band KISS. He was a parishioner of Our Lady of the Lake Catholic Church at the time of his death and his faith was a big part of his life.

The family wishes to extend its sincerest appreciation to the doctors, nurses, and staff at Mary Byrd Perkins cancer Center and St. Tammany Parish Hospital for the extreme kindness and compassion that they showed in caring for him during his illness and brief hospital stay. We appreciate the nurses Robin and Raven who went above and beyond for his comfort and care in his final hours of life.

Relatives and friends are invited to attend a Funeral Viewing at St. Joseph The Abbey Retreat Center Tuesday November 15, 2022 at 10 a.m. to 12 p.m. noon time. Mass will begin at 12 p.m. following a graveside shortly after at The Abbey Cemetery.

To order memorial trees or send flowers to the family in memory of Franklin Raspino, please visit our flower store.