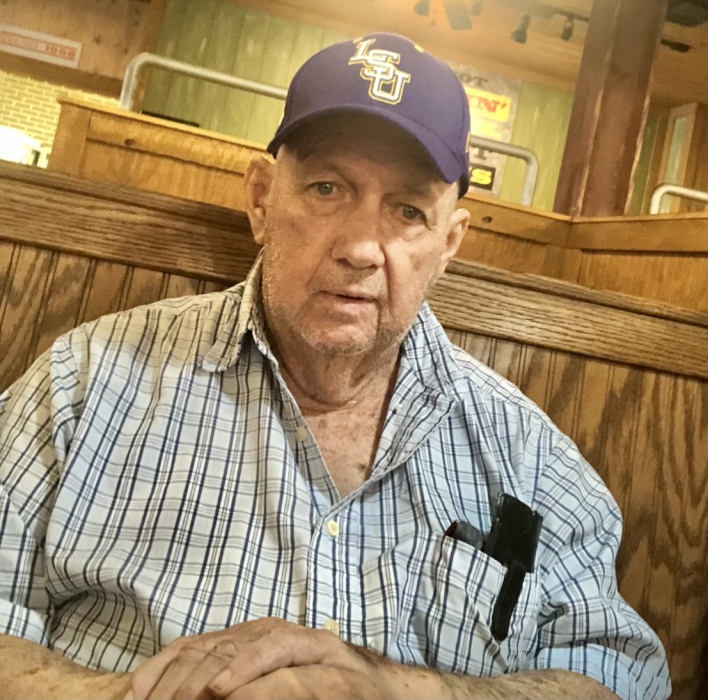 Esmee E Rills Jr. passed away on October 12, 2021 at the age of 80, at his home in Harahan. He is survived by his ex-wife Glenda Rills, his son Esmee D. Rills (Tara Rills), and his daughter Holly Rills (Robert Blottenberger). Mr. Esmee also leaves two grandchildren Corey Rills and Erica Picou. Mr. Esmee is preceded in death by his parents Esmee E. Rills Sr. and Justine "Tina" Joseph Rills.

Mr. Esmee, a proud member of the NRA was an avid hunter, fisherman, and general outdoorsman. If he wasn't hunting, fishing, water skiing or soaking in the rays with his family on the beach in Pensacola.  He loved to watch his old Western Movies, and spend time outside with his cat named Boots.  Mr. Esmee was a skilled electrican he worked for Cambas Electric, and answered his call to service with the Louisiana National Guard. Mr. Esmee throughout his life touched many people in many ways. He will be missed dearly.

Service Times and Locations are to be announced at a later date.  In lieu of flowers please consider donating to the NRA in honor of Esmee.

To order memorial trees or send flowers to the family in memory of Esmee Rills Jr., please visit our flower store.