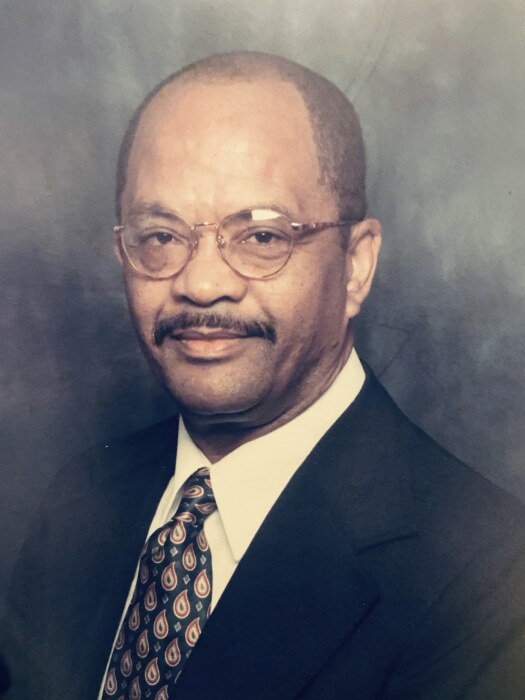 Elias John Simpson peacefully passed away on November 2, 2021, at his home in Slidell, LA.  He was 80 years of age. Elias was born in Camden, Mississippi to the late Susie Luckett Simpson and Archie Simpson. He graduated from Sacred Heart Catholic school in Camden, MS. Elias was an only child. He is survived by his beloved wife, Vivian Simpson. Treasured father of Bernadette Thomas (Eugene), Louisiana, Tina Marie Simpson, Louisiana, Jacqueline Simpson, Illinois, Natasha Simpson, Georgia, Elisha Simpson, Louisiana, and Cassandra Hardy, Georgia. Proud grandfather of the late Aubry Abram, Semele Simpson, Louisiana, and Michael St. Augustine Huff, Georgia. Doting great grandfather of Maurisha Simpson, Aubrynesha Simpson, De’jireh Duplessis, and Derek Simpson, Louisiana. Early in his career Elias worked as a parking garage attendant. In 1980 he began a career as a mail clerk with The Louisiana and Exploration Company (LL&E) and later held a similar position at Energy Partners LLC (EPL). As a youth he served as an altar boy. Elias was fueled by his love of God and family. He was an active member of Our Lady of Lourdes Catholic Church, Slidell, LA, where he served as a devoted Usher, an active member in the Our Lady of Lourdes men’s club and the hospitality committee. He was a member of the Knights of Columbus and served as a Grand Knight.

A Memorial Service will be held at Our Lady of Lourdes, 400 Westchester Place, Slidell, LA., on Saturday, November 13, 2021. Public Visitation from 10:00 – 11:00 AM, Memorial Mass at 11:00 AM. A private burial will be held at Saint Joseph Abbey at a later date. Cremation Services provided by Bagnell & Son Funeral Home, Covington, LA.

To order memorial trees or send flowers to the family in memory of Elias Simpson, please visit our flower store.

Our Lady of Lourdes, Slidell, LA

Our Lady of Lourdes, Slidell, LA