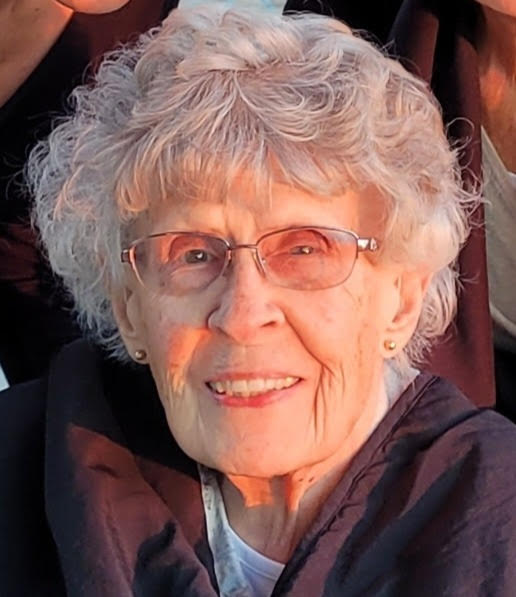 Edith Maxine Campbell, 95, a longtime resident of Mission Viejo, CA, Highlands Ranch, CO and recently
residing in Mandeville, LA with one of her daughters, passed away peacefully in her sleep on Thursday,
October 13, 2022.
Maxine was born to Harold and Bernice (Walker) Dunkleberg on June 12, 1927, in Osborne, Kansas. She
graduated from Osborne High School, The University of Kansas, and Columbia University with her
master’s degree in Music. She also attended The Julliard School. While in New York, she met the love of
her life, Donald George Campbell.
Don and Maxine were married at The Second Presbyterian Church in New York City on June 20, 1952.
They remained married for 22 years until Don predeceased her in death in January of 1974.
Maxine filled her life with her love of music. While in Mission Viejo, she was the organist at Mount of
Olives Lutheran Church. She also taught piano to many of the neighborhood children. Some of her
other passions included animals and traveling the world.
Maxine was described by friends as being a lovely woman, and a shining example of how to live a
beautiful and graceful life surrounded by family and friends.
Maxine is survived by a son, Scott (Elaine) Campbell of Mission Viejo, CA, daughters Cheryl Campbell of
Denver, CO and Janelle Knudsen of Mandeville, LA. She leaves six grandchildren: Zachary Knudsen, Alex
Knudsen, Andrew Knudsen, Hilary Luttrell, Lindsey Campbell and Bret Strunk, and three great
grandchildren.
A memorial service and celebration of Maxine’s life will be held in Osborne and planned at a future date.

To order memorial trees or send flowers to the family in memory of Edith Campbell, please visit our flower store.