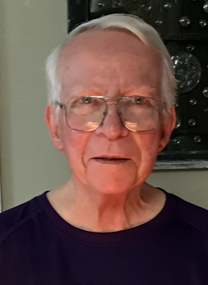 On Sunday January 24, 2021, David Edward Root, loving husband, father, grandfather and friend passed away at home in Abita Springs at the age of 84.

David was born on November 4, 1936 in Minneapolis, Minnesota to Charles W Root and Mary George Root.  The family later included a younger sister, Mary Cecelia Root.  While a young child, David contracted polio and spent a lifetime dealing with the effects of this illness.  David grew up in Minneapolis and then attended Minnesota State University at Mankato where he graduated with a degree in Chemistry.

Upon graduation from college, David accepted a job with the Federal Food and Drug Administration as a Chemist.  His nearly 40-year career with the FDA took him to live in Buffalo, New York; Denver, Colorado; and finally, Dallas, Texas.  He retired in 1996 as the Assistant Regional Director of the FDA in Dallas.  After retirement, David and his wife Sandra moved to Abita Springs, Louisiana.

Following his father’s interest and involvement in law enforcement, David became an integral part of the formation of the Special Deputies of Douglas Country, Colorado.  He served as a Deputy Sheriff for 15 years until his move to Dallas.  After retirement, David accepted a temporary appointment to serve as the Police Chief of Abita Springs in 2003-2004.  He was an active member of SALT (Seniors and Law Enforcement Together) of St Tammany.  David was a member of the Board of Commissioners for St. Tammany Fire District # 8.  He served 2 terms as the President of the long-standing Guild at St Tammany Parish Hospital where he volunteered for 8 years.  He was also an involved and active member of the Abita Springs Senior Citizens Club as well as the Abita Men’s Club.

As a reflection of his service and continued involvement, David was nominated for and accepted the New Orleans Saints / People’s Health Champions award in 2010.  This award is presented to Louisiana residents age 65 and older who “shatter the myth that getting older means slowing down.  People over 65 accomplish exceptional things all the time – not in spite of - but because of their age and experience”

Everyone who knew David will universally agree he was the epitome of the word “gentleman”.  He was kind, loving, attentive and humble.  No conversation that you had with David ever centered on HIM – it was always about YOU – your life, interests, friends, and pets.  He would listen to anyone, never giving unrequested advice nor passing judgement.  He treated everyone he met – no matter who- with the utmost respect.  In the lives of those who loved him he leaves a hole that can never be filled.

The family would like to thank Hospice Specialists of Louisiana for their loving care the past months, along with Dawn Burns of Visiting Angels for her devoted care to David over the last two years.

To order memorial trees or send flowers to the family in memory of David Root, please visit our flower store.