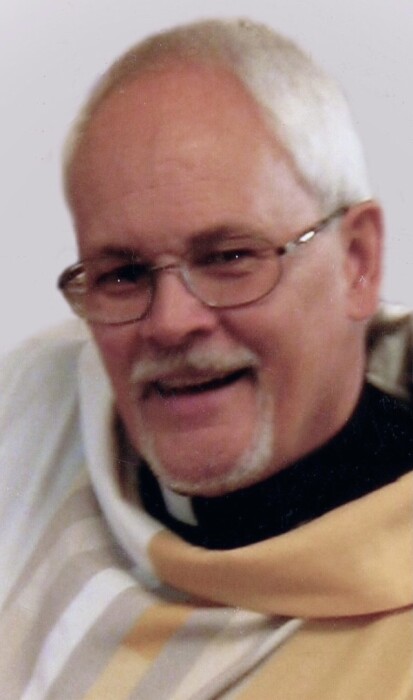 Driven by faith, engulfed in sharing the Gospel, and adored by his family, David Bruce Marth went to Heaven on February 19, 2021.

David was born on April 23, 1947, in Wausau, Wisconsin. His oratorical talents, which would touch so many later in life, were on display in his high school years as he won the American Legion National Oratorical Contest and was invited to speak at both the Republican and Democratic National Conventions in 1964, a rare feat that few realized. Upon graduation from Wausau East High School, he embarked on a journey to study the ministerial program at Concordia University-St. Paul (MN). He was also a member of the Concordia-St. Paul basketball, baseball, and tennis programs, and later inducted into the university’s athletics Hall of Fame.

David continued his faith-based education and athletic career at Concordia Seminary-Fort Wayne (IN) and Concordia Seminary-St. Louis (MO) before a vicarage took him to Christ Lutheran Church in Phoenix (AZ). Upon finishing his college years David accepted a call to return to Christ Lutheran where he served in roles as Assistant and Senior Pastor until 1982 when the Lord led him to accept a call as Pastor of Trinity Lutheran Church in Jackson (MI). Three years later, David’s path with Jesus as the focal point brought him back to St. Louis as Director of Development at Concordia Seminary. He remained in that role until a new opportunity presented itself with The Lutheran Altenheim in St. Louis where his concentration centered around fundraising. David later returned to the pulpit full-time as Senior Pastor at Historic Trinity Lutheran Church in Soulard, downtown St. Louis. He spent two decades leading Trinity and was involved in various outreach programs, including his missionary work to Kazakhstan, Nigeria, Germany, Belize, Panama, and two trips to India. After more than 40 years in the ministry, David retired in 2013 but continued to serve the Lord in various capacities.

Visitation will be held on Sunday, March 7, from 2:00pm-3:30pm, with a memorial service to follow at 3:30pm, both at Historic Trinity Lutheran Church (812 Soulard Street) in downtown St. Louis. The memorial service will also be available via live stream through Trinity's website -- https://trinitystlouis.com/david-marth-memorial

Proverbs 3:5-6:
"Trust in the LORD with all your heart and lean not on your own understanding; in all your ways submit to him, and he will make your paths straight."

To order memorial trees or send flowers to the family in memory of David Marth, please visit our flower store.