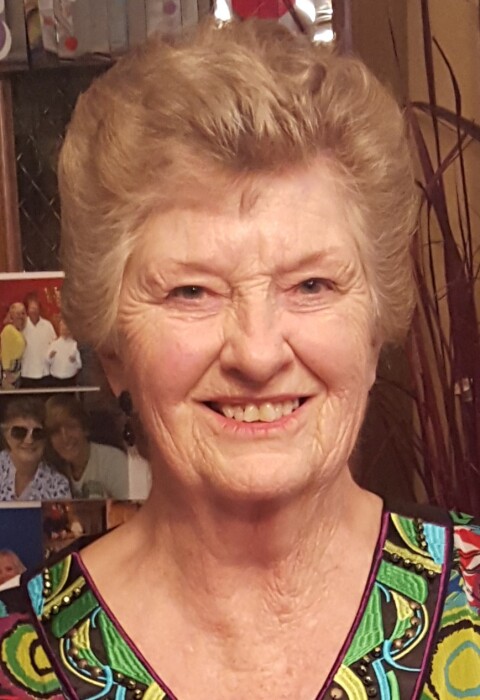 Darlene Meadows Beltz, a native of Aurora, Missouri, and 58 year resident of Louisiana, passed away in Baton Rouge, on Tuesday, August 2, 2022, at the age of 86. She was born on March

15, 1936, in Aurora. Following her graduation from Aurora High School in 1953, Darlene worked for the Aurora Telephone Co, and then attended Weaver Airline School in Kansas City, in 1954.

Training was followed by her dream job with Braniff International Airways, two years as a reservationist in Chicago, Illinois, and five years as a flight attendant based in Dallas, Texas. In

1961 Darlene married Richard Beltz and they moved to St. Petersburg, Florida. In 1964 they moved and settled in the New Orleans area, where they were members of St. Luke’s Methodist

Church. Darlene took elementary education classes at the University of New Orleans, prior to having her sons, and later earned an associate degree in Interior Design from Delgado

Vocational School. She also joined Munholland Methodist Church. In 1987, Darlene began a 19 year career with the U.S. Postal Service. Following Hurricane Katrina in 2005, she relocated to

Baton Rouge. After retiring, she continued to travel, cook, and loved to spend time with her grandkids. Darlene was preceded in death by her parents, Orville and Martha Meadows, and survived by her two brothers, Darrell Meadows (Judith) of Terrell, Texas, and Warren Meadows of Marionville, Missouri. Darlene will be sadly missed and lovingly remembered by her two sons,

Kevin Beltz and Darren Beltz (Shannon), and her four grandsons, Seth and Shane Brotherton (Kevin), and Devin and Cameron Beltz (Darren), all of Metairie, Louisiana.

A Graveside Service was held at 11AM on Saturday, August 20, 2022, in Maple Park Cemetery, in Aurora, Missouri. A celebration of her life will be open for visitation from 5 to 8PM on Tuesday,

October 25, 2022, in the fellowship hall of Munholland United Methodist Church, at 1201 Metairie Rd, in Metairie, Louisiana. In lieu of flowers, memorial donations may be made to Smile Train (http://donate.smiletrain.org).

To order memorial trees or send flowers to the family in memory of Darlene Beltz, please visit our flower store.