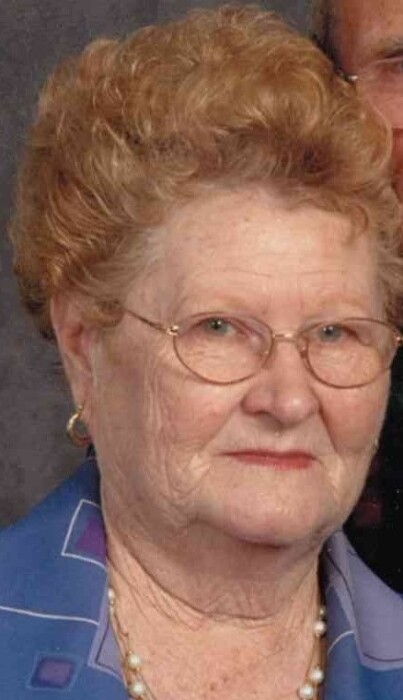 Mrs. Beulah S. Enman, age 91, passed away on October 13, 2022 at her home. She was born and raised in the Isabel Community on September 11, 1931. She was a member of Isabel Baptist Church. Beulah enjoyed attending church, fishing and cooking for her family and friends. She always had a smile on her face and a friendly word. She always told some of the best stories. She always wanted to lend a helping hand to anyone in need and treated everyone with kindness. Beulah was a wonderful daughter, mother, grandmother, great-grandmother, sister, aunt, cousin and friend. She is survived by her children, Pamela Lambert (Lionel), of Isabel, Roger Dutruch (Doris) of Enon, Marilyn Stewart (Michael Brady) of Parados, Jeffery Enman of Isabel and Josh Enman (Katie). Along with grandchildren, Doniette Jenkins (Steven), Ken Schilling (Julie), Nick Calvin, Rusty Bucham, Jontil Benson, Arianna Jones (Lane). She is also survived by great-grandchildren, Coby Schilling, Emily Jenkins (Jordan), Connor, Jonas and Jana Schilling, Keara Manns (Ethan), Kelly Miller (Cameron), Brad Enman and Anakin Jones. She is also survived by one great-great grandchild, Kennen Schilling, sister Amanda Johnson, brother Jacob Sharp, step-children, numerous nieces and nephews.

In lieu of flowers, per her wishes, the family request any donations be made to the Isabel Baptist Church.

To order memorial trees or send flowers to the family in memory of Beulah Enman, please visit our flower store.