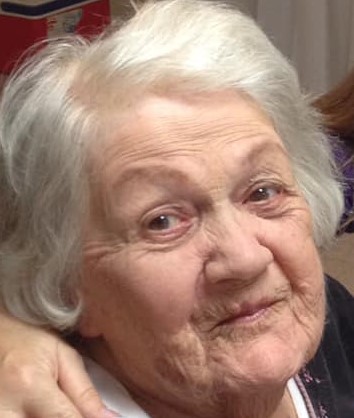 Bernedette (Bernie) Ryan Meadows, age 99, passed away peacefully on October 26, 2020.    Bernedette was born on October 4, 1921 in Clio, Louisiana to the late John Ryan and Mary Henry Ryan.    She was a loving wife, mother and grandmother who made all who entered her circle feel warm and loved.

Bernedette was valedictorian of her graduating class of Springfield High in Springfield, Louisiana and obtained a scholarship to attend the University of Louisiana at Lafayette.   She chose to stay close to home until venturing to New Orleans with her sister Hazel to attend business school.  It is in New Orleans where she met Joseph Meadows and they married on Claiborne Hill in Covington, LA on March 30, 1946.    Joe and Bernie spent their early years in Covington, LA where Joe ran a television repair business and Bernie worked for Palmer and Baker, the engineers who designed the the first span of the Causeway bridge over Lake Pontchartrain.  She was on one of the first test drives for what has become the longest bridge in the United States.  They later moved to Metairie, Louisiana with their two daughters.  She enjoyed a twenty year career with the State of Louisiana Department of Probation and Parole as a supervisor and retired at age 62.   She and Joe spent their final years in Bush, LA close to their daughter Kathy who lovingly looked after them.   Sadly, Bernie suffered with dementia and became a resident of Pontchartrain Health Care Center in Mandeville, Louisiana in 2014 where she resided until her death.


In lieu of flowers the family request you make a donation of your choice to your favorite charity or to the Alzheimer’s Foundation.

To order memorial trees or send flowers to the family in memory of Bernedette Meadows, please visit our flower store.