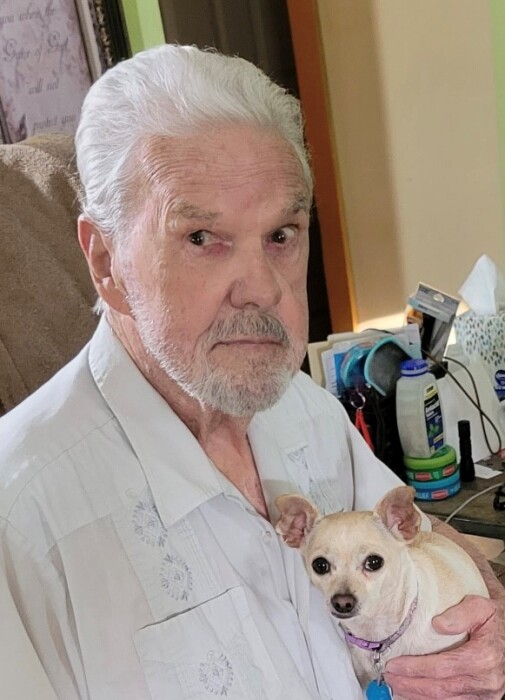 Barton W. Longman Sr. passed away peacefully at his home in Pearl River, LA on December 1, 2022 at the age of 82.  He was a native of Port Sulphur, LA and a current resident of Pearl River.

Barton was born to his parents Merlin G. Longman and Aline A. Longman.  He married his first love, Florence H. Longman and shared 65 adventurous years together.

Barton is survived by his daughter Laura L. Bladsacker Alderman; 10 grandchildren, Heather, Trey, Jordan, Shawn, Jason, Travis, Whitney, Samantha, David Jr. and Katie and 18 great grandchildren to whom he was affectionately known as “Paw Paw Chicken”.   He also leaves behind a host of nieces, nephews and friends.

Barton was a master carpenter all his life in addition to other careers along the way.  He was the head of the rigging team on and offshore in the oil industry for Pioneer Fishing Tools.  He was a Juvenile Probation Officer for the Plaquemine’s Parish 25th JDC DA’s office before becoming an investigator/director of the victim witness assistance program.  He also developed the Battered Women’s Assistance Program for the Plaquemine’s Parish DA’s office.

In 1978 he earned his Associate of Science degree that led him to counsel for the Battered Women’s Program.  Along with his wife, he co-founded the Riverside 12 step club in Narim, LA which he attended and counseled many people who achieved and maintained sobriety.  The two also held AA meetings at Evans Creek Baptist Church in Pearl River where they were proud members.

He was the head of Criminal trial court in Plaquemine’s Parish where he also served as a Notary Public from 1992-2013 when he moved to Pearl River.  He was a proud advocate who sought justice for others to qualify and get commissioned as a Notary Public without restriction to review their exam results and allowed to practice outside of a law office.

Bart enjoyed many things in life including deer hunting, fishing, hog trapping and being in nature where he always felt the presence of the Lord.  He enjoyed restoring his houseboat and sharing it with family and friends, but he enjoyed nothing more than spending time with his loved ones.

I want to express my heartfelt gratitude to the staff of Enhabit Hospice for the excellent care given to my dad.

A special thanks to Stephanie Finnan for the continuous, loving emotional support for dad and me but especially for dad.  He could tell you anything without concern of judgement and you encouraged his purpose by asking his advice on many occasions and he lovingly with pride would share his knowledge to help guide you in the best direction.  He looked forward to your visits, especially when you brought chicken salad, deviled eggs and pineapple upside down cake but most of all the entertainment; Zack Cotton for allowing him to relive his passions and share his interests with you; Brother Jacob Gill for the prayerful visits filled with his favorite gospel music and allowing him to express his love for the Holy Spirit; Victoria Crockett for always easing his mind as well as mine by always knowing what he needed clinically and supporting me emotionally; Kathryn Pouncy for allowing his transition to be peaceful through impactful conversations; Lizzy Casey for the weekly visits of home cooked meals of his choice, your beautiful singing and kind spirit; Pastor James Boudreaux for the many prayers and support and Pastor Cory Taylor for the love, prayers and support you’ve given.

To honor Bart’s wishes, a memorial service will be held at a later date for him and Florence.

To order memorial trees or send flowers to the family in memory of Barton Longman, Sr., please visit our flower store.