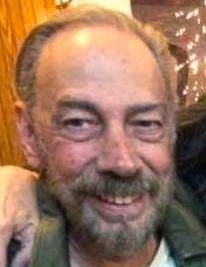 Armand attended Francis T. Nicholls High School, and was employed at Sears, Roebuck & Co. for many years. He retired as a maintenance/construction technician from the Port of New Orleans after 20 years of service.

Armand enjoyed woodworking and remodeling his home of over 50 years, gardening and lawn maintenance, barbeques with family and friends, Saints and LSU football, and anything New Orleans. He adored his German Shepherd, Max, and his friend/neighbor of many years, Carol Sisson. He enjoyed spending time with his nephew, Darryl Fish, as they cheered on their favorite football teams together.

Armand is survived by his daughter, Sarah R. Meyer (Joseph), grandchildren Jason E. Meyer (Charise) and Stephanie Meyer Underwood (August), and five great-grandchildren as well as several nieces and nephews. He was preceded in death by his son, Marc Anthony Rodriguez of Chalmette, Louisiana, and his parents.

A special thanks to the employees of Heart of Hospice and Rachel Merrick for their dedicated care during Armand’s illness. A small private service will be held with immediate family.

To order memorial trees or send flowers to the family in memory of Armand Rodriguez, please visit our flower store.