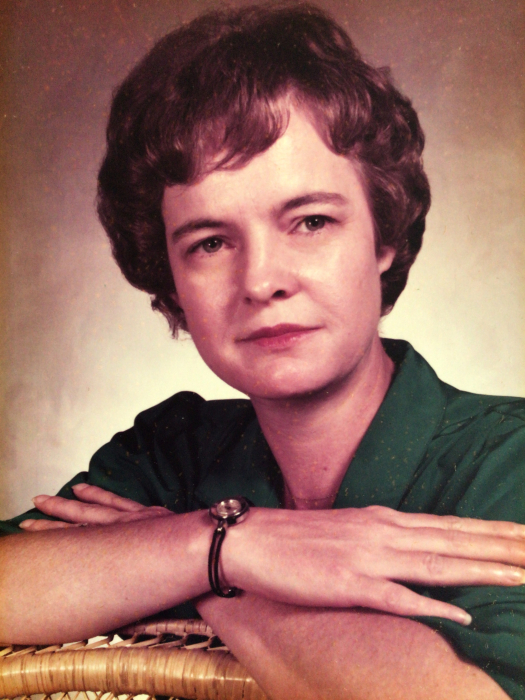 The family of Ada Louise Burson is sad to report that their beloved sister, aunt, and friend died on Friday, May 6, 2022. A Memorial Mass for Ada will be celebrated on Saturday, June18, 2022, at Holy Name of Jesus Church at 6367 St Charles Ave, New Orleans, LA at 11:00 AM with visitation preceding at 10:00 AM. She will be interred at St. Paul cemetery in Eunice, Louisiana at a later date.

Ada was born the fifth of six children on February 5, 1944 in Opelousas, Louisiana. Ada received a Bachelor of Arts from the University of Southwestern Louisiana and a Masters of Social Work from Tulane University. She began her career as a social worker at Belle Chasse State School and worked there for two years before joining the Children’s Bureau of New Orleans in 1969. There she served in various roles, including as clinical director. In the immediate aftermath of Katrina, Ada was instrumental in helping the organization recover by October of the same year, allowing them to resume their assistance to the children and families of the city in the wake of devastating trauma. Ada was a founding member and later President of the Louisiana Coalition for Adoption (LCAF). Her colleagues and friends appreciated her ability to balance realism and idealism, her hopefulness in the face of adversity, and her exceptional diligence in her work as an advocate for children and families. Though born and raised in Acadiana, she loved New Orleans and its people with great zeal and affection.  Ada was a New Orleans music and sports fan through and through: a season ticket holder of the New Orleans Saints and a longtime fan of the Jazz and the Pelicans.

Ada was preceded in death by her mother Gussie Martin Burson; her father, Jack Burson, Sr.; her brother Robert Burson, and her sister-in-law Myra Bordelon Burson. She is survived by her siblings I Jackson Burson Jr. (Gwen), John Michael Burson (Sandifer), Joan Evelyn Burson all of Eunice, LA; sister Sarah Clare (Denis) of Le Blanc, France; sister-in-law Deanna Burson of Baton Rouge, LA; and many nieces, nephews, grand nieces, and grand nephews across the world. Special thanks to her friends Helen Blanke, Paulette and Billy Carter, and Patty and Bob Urann who loved and supported Ada for many decades, especially throughout her long illness and during the last two years of the COVID-19 pandemic. Additional thanks to physician Dr. Charles Smith and the staff at Touro Infirmary for exemplary care during her long illness.

Please consider making a donation in Ada’s name to The Children's Bureau of New Orleans https://childrensbureaunola.org .

To order memorial trees or send flowers to the family in memory of Ada Burson, please visit our flower store.