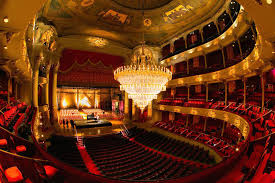 Saxten Morris Berggren, 82, passed away on Friday, November 8, 2019, surrounded by his loved ones. He leaves behind his wife, Ann Victoria (Prinz) Berggren, and his twin daughters, Leslie Berggren Buras and Lori Berggren North (Stephen). Saxten will be missed by many friends and family members including his 9 grandchildren, Caleb, Catherine, Christopher, Victoria, Alexandria, Annabella, Carson, Alexander, and Britton. He is preceded in death by his eldest daughter, Lisa Berggren Watkins, and his parents, Captain Saxten Morris Berggren and Myrthe Lastrapes Berggren. Saxten attended De La Salle High School in New Orleans, Louisiana, and graduated from Spring Hill College in Mobile, Alabama, with a Bachelor of Science in Philosophy and a minor in History. He had a great love for opera and enjoyed listening to, watching, collecting, and attending performances across the globe. Saxten found pleasure in debate and discussion with others and he was often engaged in conversation. Even in the weeks leading up to his death he still found solace in making people laugh. Family and friends are invited to attend the Funeral Mass at St. Angela Merici Church (901 Beverly Garden Drive, Metairie, LA 70002) on Saturday, November 16, 2019, at 12:00 P.M. Visitation will be held from 10:00 A.M. until the beginning of mass and a Celebration of Life will be held afterwards at a relative's house.

To send flowers to the family or plant a tree in memory of Saxten Morris Berggren, please visit our floral store.