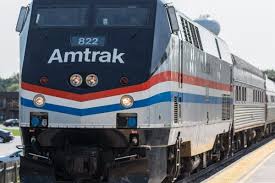 Norman “Butch” David Otillio, passed away unexpectedly and peacefully on Friday, August 23, 2019 in his adopted Hometown of Covington, LA.

He is survived by his wife of 53 years Audrey O’Connor Otillio; Daughter Laura Warner (Tommy), Brother Kent Otillio, Niece Cindy Otillio Lewis (Sonny), Grand Nephew Michael, Nephew John Otillio (Bonnie), Grand Nephew Ray, Nephew Robert Otillio, Niece Sara Otillio Guidry (Doug) and Grand Niece Glenna. Also including many close cousins, nieces, nephews and friends.  In addition to his parents John Genaro Otillio and Norma DiFranco Otillio; he was proceeded in death by his Brother John Otillio (Glenda) and Robert “Bobby” Otillio (Carol). He was a native New Orleanian who attended St. Aloysius and later graduated from Francis T. Nicholls High School in 1958 where he played on the Football team. He joined the Air National Guard at age18 and received an honorable discharge. He started his 40 year Railroad Career working at Railway Express in 1960 and went on to work for Amtrak at the New Orleans Union Passenger Terminal and later made his way to Amtrak management. He also worked many years at his family’s business DiFranco’s Bar on Frenchman St. He married Audrey O’Connor in 1966 and resided for 39 years. in St. Bernard Parish. Norman moved after Hurricane Katrina to start over in Covington, LA. and had resided there ever since.  Because Norman loved people and never met a stranger he was welcomed into many different communities. He wanted to know everyone and their story(s. He treated friends, co-workers, employees, customers and passengers like family.

He always went above and beyond doing for others and will be deeply missed by all those who knew him. Family and friends are invited to attend the Funeral Service on Saturday, August 31, 2019 at 12:00 PM in the Chapel of Bagnell & Son Funeral Home, 75212 Lee Rd., Covington, LA 70435. Visitation from 10:00 AM until service time. Interment will be private.