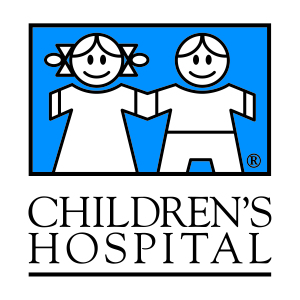 Deacon Donald E. Bourgeois, Jr., 75, passed peacefully into his Father’s loving arms on May 12, 2019, in the comfort of his home and surrounded by his devoted family.  Don was ordained a Permanent Deacon on December 2, 1989, at St. Louis Cathedral by Archbishop Francis B. Schulte.  Shortly thereafter, he was assigned to his home parish of St. John Bosco in Harvey, LA, where he faithfully served for seven years before moving to the North Shore.  Since October 1996, he served the parish of St. Jane de Chantal in Abita Springs, LA, and its mission church, St. Michael the Archangel in Bush, LA, where he was the administrator. He was also proud to be a fourth-degree member of the Knights of Columbus where he served as Faithful Friar. Don found a great sense of purpose in his vocation as a Deacon. Through his faith, he was able to face his illness with grace and humor, certain that he was going to a better place.  Don was born on May 21, 1943, and was the eldest of five children. He grew up in various neighborhoods in and around Algiers and Gretna. At 17 years of age, he joined the United States Navy, where he served on the aircraft carrier USS Coral Sea.  In 1962, he met the love of his life, Dorothy Mae Simmons on a blind date and joked for the next 56 years that he had been blind ever since.  Six months later they were married. Afterwards, they returned to live in the New Orleans area and raised their family on the West Bank.  In 1964, Don began working at the Southern Pacific Railroad, where he later retired after 29 years. Don is survived by his beloved wife of 56 years, Dottie and his cherished daughters, Darby Bourgeois and Donna (Wayne) Doherty. He is predeceased by his parents Donald Bourgeois, Sr. and Rita Templet Bourgeois, his brother Ronald Bourgeois and sister Darlene Martinez.  He is survived by his brother Gary Bourgeois and sister Kathy Hornosky. He was a passionate grandfather of Stephen (Bethany) Miller and Sarah (William) King, PhD, Michael Doherty and Brittany Doherty, and was “Old PawPaw” to many great-grandchildren, whom he always held close to his heart. Deacon Don’s family is grateful for the support provided by his fellow parishioners, his brother deacons, and countless others who offered prayers and masses in his name. Their outpouring of support is a true reflection of the impact Don had in the parishes he so faithfully served. In lieu of flowers, and as a reflection of his deep love for his grandchildren, Don asked that memorial donations be made to Children’s Hospital, Development Office by phone 504-896-9375 or by mail to 200 Henry Clay Avenue, New Orleans, LA 70118. Family and friends are invited to attend a visitation on Wednesday, May 22, 2019, from 9:00 am until 11:00 am at St. Jane de Chantal Catholic Church, 72040 Maple Street, Abita Springs, LA, followed by a Funeral Mass at 11:00 am. Interment will take place at Saint Joseph Abbey located north of Covington at 75376 River Road in St. Benedict, LA. A Celebration of Life will follow immediately thereafter at St. Jane de Chantal Parish Hall.

To send flowers to the family or plant a tree in memory of Deacon Donald E. Bourgeois, please visit our floral store.