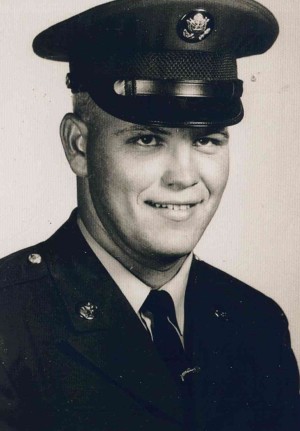 David Walter Rice passed away peacefully on April 24, 2019 at the age of 71.  He was a beloved husband, father, grandfather and Veteran of the United States Army.  His life continues through his family, Wife Elizabeth H. Rice, married 49 years, Daughter Rachel R Roberts, Son James D Rice, Grandchildren Brandon A Roberts, Jenna A Roberts, Emma G Rice, Leah A Roberts and Allison C Rice.  Brother to John Rice, Steven Rice and Michael Rice and along with a host of nieces, nephews, relatives and friends.  David is predeceased by his parents Charles J Rice Jr and Marjorie K Rice and his sister Patricia Ann Rice.  David was born May 20, 1947 in New Orleans (Irish Channel).  He attended Chalmette High School and had two years of college through the Veterans program after returning home from serving in the United States Army.  David was drafted into the military during the Vietnam War.  He served in the Army from 1967 through 1970.  While in the Army David was part of the First Cavalry Unit and achieved a rank of Sargent.  David's military honors include:  National Defense Service Medal, Two Overseas Bars, Vietnam Service Medal, Army Commendation Medal, Vietnam Campaign Medal, Sharpshooter (Rifle M-16) and Sharpshooter (Rifle M-14).  David was employed by the Flowers Corporation for twenty-six years as a certified mechanical engineer.  David is a life member of the VFW and served with his wife as a member of the St. Tammany Honor Guard and most recently he served as the Quartermaster for the VFW District 9 from 2017 through 2018.  He and his wife also volunteered at the St. Tammany Veterans service office from 2011 through 2017.  Family and friends are invited to attend the Funeral Service on Monday, April 29, 2019 at 12:00 PM in the Chapel of Bagnell & Son Funeral Home, 75212 Lee Road, Covington, LA 70435. Visitation from 10:00 AM until service time. Interment at Southeast Louisiana Veterans Cemetery, Slidell, LA at 1:30 PM. In lieu of flowers please consider a donation to Camp Nora 80431 Ogden Rd. Covington, La 70435

To send flowers to the family or plant a tree in memory of David Walter Rice, please visit our floral store.