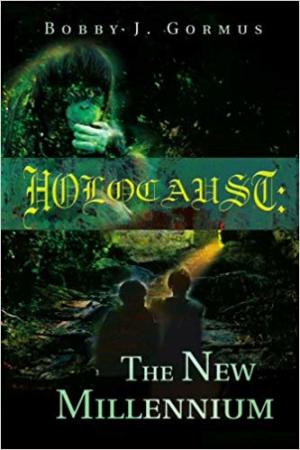 Bob (Bobby) Gormus passed away peacefully on October 19, 2019 at his home in Covington, LA from complications of cancer at the age of 77.  He is preceded in death by his mother and father, Nell and Perkins Gormus; paternal grandparents, Lillian and Alfred Gormus from Buckingham County VA; maternal grandparents, Zelma and Henry Campbell, originally from Tennessee; and brother, Jimmy Gormus. Bob is survived by his son, Joseph (Joe) Henry Gormus; grandson Joseph (Joey) Henry Gormus, Jr.; granddaughter, Victoria Gormus; great granddaughter, Penelope; his brother, Perkins A. Gormus, Jr. (Billy) (Lynda Switzer Gormus); and his beloved Sheila Kay and her children Bruce and Casey. Bob Gormus was born in Buckingham County, VA on November 7, 1941 where he was reared by his maternal grandparents until he was school age. He then moved to Richmond, VA to live with his parents and two brothers. He attended Richmond Public Schools, graduating from John Marshall High School in 1960. He attended the University of Richmond graduating with honors with a BS in Chemistry in 1964. He attended Duke University in Durham, NC and received a PhD in Biochemistry in 1971. Dr. Gormus was a Postdoctoral Fellow in the Department of Microbiology at the University of Florida Health Science Center in Gainesville, FL until in 1974 where he learned the field of Immunology. He was hired as a Research Immunologist at the Veteran’s Administration Hospital in Minneapolis, MN in 1974 where he studied leukemias and lymphomas. Thereafter, he took the position of Research Scientist at the Tulane University National Primate Research Center in Covington, LA. in 1976 and retired in June of 2004. During his years at the Primate Center, he made several trips to Africa to acquire Mangabey monkeys all during a civil war. It was during these trips he saw first-hand the atrocities done to gorillas, chimpanzees and other dwellers of the rainforest. This led him to writing a very intriguing book called Holocaust: The New Millennium, a book about destroying the environment for profit. He was an advocate for homeless cats, and dogs spending  many years volunteering to place, shelter and care for these animals, a member horologist of the NAWCC and Creole 43, the local chapter of watch and clock collectors, a banjo player where he performed many times with coworkers and friends of the community. Celebration of life has been canceled and will be held at a later date.